Lagundri Bay in Sumatra is a well known tourist destination in Indonesia. The site is primarily known as a surf break. 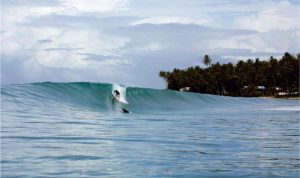 The bay is at the southern tip of Nias Island. This is off the coast of Sumatra. The bay is noted for its horseshoe shape and beauty.

The major break of the bay is known as “the Point” or “Nias” and is along the west part of the bay. There is also a break further beyond. However, it is is surfed rarely as they break on reef.

At the other end is a left hander known as the “Machine”. The break happens infrequently and requires huge swells and high tides. The inner section of the Point is called Kiddies’ Corner.

The Point wave traits are regarded by surfers as among the best in the world. The paddle out is easy and has a tube with an almost perfect almond form.

The surf break at Lagundri Bay in Sumatra was uncovered by John Giesel and Kevin Lovett in 1975. According to the story, they were drawn to Nias by the map of a chieftain which they saw while in North Sumatra. After trekking through 15 km of jungle, they arrived at the bay. The two wanted to keep the place a secret, but word came out eventually.

The 2005 earthquake in Sumatra created an uplift. The uplift boosted the major surf break. The Point now breaks at two feet, whereas before it was at four feet. The tube length has gone from 7 seconds to 9 seconds. However, this meant the Machine now requires even higher tides and big swells.

Accommodations are very affordable throughout Indonesia. Bungalows may cost around 40,000 Rps. A seafront bungalow may cost 60,000 Rps. The more high end lodging places will cost more. If you want some street type meals, it will cost 1 USD or less.

The waves are noted for how rapidly they pitch. The roundness is also remarkable. The world class parts break out at 60 to 80m. The water that is in the bay has a steep drop off. It is likely that the bay shape has much to do with the actual formation of the tubes.

There are other breaks along Lagundri Bay in Sumatra. These can be found on its eastern and western sides. There is one a couple of hours walking distance off the major point. 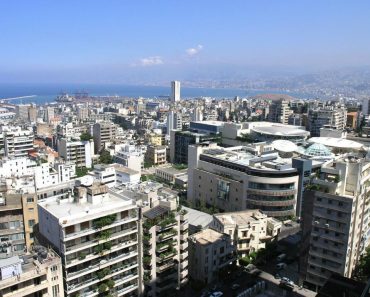