The tourist attractions in Ludas Lake have made it one of the premier natural sights of Serbia. It is known for its rich biodiversity. 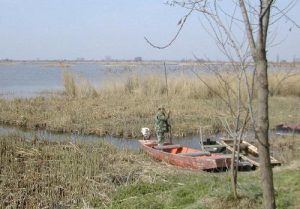 The lake is situated in the province of Vojvodina. This is in southern Serbia. It is located 12 km to the southeast of Subotica. From the E75 motorway, it is just 10 kilometers away. it is close to the Hajdukovo and Supljak villages.

The lake is shallow and has different types of habitats like steppe, meadow, swamp and aquatic. The meadow lowland terrain is known for its lax-flowered orchid (Orchis laxiflora). Other unique plants found in the area are the Golden Ragwort, Herbaceous Periwinkle, sage, wind flower and the Milk-vetch.

Birds are among the tourist attractions in Ludas Lake. Over 200 species of birds have been recorded here. 140 of them are considered rare. Majority of the birds are of the migratory type. One of the most popular birds here is the Bearded Reedling. Other endangered birds around the lake are the Moustached Warbler, Ferruginous Duck and White-headed Duck.

The lake is 4.5 kilometers long and is set in a north-south direction. The typical depth is 1 meter, with the deepest at 2.25 meters. Three months a year, the lake freezes. During summertime, the temperature can get up to 86 F (30 C). Its bed was formed a million years ago.

Its origin is aeolian. The bed was formed as the winds obliterated the sand dunes. Before the introduction of water regulation, it was a swamp. Small water streams and natural precipitation provided support for the swamp. The extra water was moved into the Tisza. Presently, the lake gets water from the Bega and Palic-Ludas canals.

The cost of a tour varies greatly. Factors that will affect the cost include the number of people with you, the places you want to visit, for how long etc. For a single person, the cost can be around 80 USD. This will give you the chance to explore many parts of the country.

The lake is home to 20 types of fauna, many of them endangered. To protect the lake, a protection law was passed in 1955 and 1958. The area covered by the law spans 6.33 square kilometers.

The tourist attractions in Ludas Lake have lured many visitors to the site. In spite of the influx of people, the government has managed to keep the integrity of the lake intact.