Liverpool – England is a metropolitan borough or local government district of Merseyside. This city ranks in fourth in the list of largest cities in the United Kingdom.

Locals here are called Liverpudlians and Scousers; with the latter being derived from a local stew dish called scouse.

Liverpool – England is located along the east section of the River Mersey, also called Mersey Estuary. It is approximately two hundred and eighty-three kilometers off the northwestern parts of London.

There are several ways to get to Liverpool – England: via air, sea, rail and road. There is an international airport right in Liverpool, the Liverpool John Lennon Airport with flights coming in from different parts of the world.

By sea, you can take a Mersey Ferry or you can also go on a cruise ship and dock at the City of Liverpool Cruise Terminal. 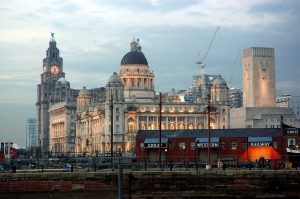 Via rail, there is a Virgin train from London that can take you on a two-hour trip to Liverpool. Finally, if you wish to travel on road, you can take a bus or drive your own car to reach Liverpool – England.

There are bus services provided by Merseytravel which run several routes to reach Liverpool which car hire services can be easily acquired right at the airport.

Being the native place of the Beatles, the most popular attractions here are the childhood homes of two members of the band: John Lennon and Paul McCartney. A guided tour on Mendips and 20 Forthlin Road will take you to the places where the band met and practiced, or simply hooked-up for a cup of tea at John Lennon’s old kitchen.

Speke Hall Gardens and Estate is also a famous tourist attraction here. The interiors display Tudor and Victorian designs. Especially interesting is the kitchen that has been preserved to keep its fully-Victorian look.

Liverpool – England is a UNESCO World Heritage Site and as such, is teeming with historical landmarks that depicts the city’s colorful past.

Visit Albert Dock for a glimpse of Liverpool’s history, Liverpool Cathedral for its awe-inspiring Gothic design and St. George’s Hall for a look at neo-classical architectural design.

Liverpool – England was first established as a borough back in the year 1207 but in 1880, it was given a city status. The city is considered as a major port in England, with trades from the West Indies as well as Ireland and other parts of Europe taking place here since the eighteenth century.

It is estimated that forty percent of the worldwide trade takes place at the Liverpool port which has greatly increased its status as a major city in England.

Affordable accommodations in Liverpool – England start at £45 up to £60 while mid-range hotels start at about £75 up £110. For dining out, price range is between £15 for a two-course meal and £25 for a three-course meal, depending on which restaurant you will visit.

Shopping in Liverpool – England is tops on the list for locals and tourists. For the ultimate shopping experience, head down to Liverpool ONE, the city’s newest and state-of-the-art retail expansion that officially opened in the year 2008.