Mahajanga province is one of the most interesting places in Madagascar. It is one of the many provincial capitals in the country, but it has several tourist attractions.

The province can be found at the mouth of the Betsiboka, the largest river in Madagascar. There is also a city in the province with the same name. It is in the northwest of the country.

One of the most popular destinations in the region is its nature reserve, which showcases much of the wildlife and natural scenery in the country. The province also serves as the takeoff point for visiting the other islands in the vicinity. There are ferries that can take you many places from here.

The city is also renowned for its fine beaches. Aside from the pristine waters, they also have beautiful sands and colorful fish. Mahajanga province is also known for its coconut-lined boardwalk (La Boru). Travel in the area is ideal because eight months of the year it is rain free.

The lack of available records make it difficult to accurately state the origins of the country. Nevertheless, archaeologists contend that people from Borneo were its original settlers. They came to the island circa 200 BCE and 500 CE.

Based on their studies, these seafaring people arrived at the northern coast. However, evidence suggests they inhabited the island’s southeastern coast after landing.

These settlers practiced slash and burn agriculture to cultivate their crops. They also razed the forests of the central highlands as they began planting rice. Population intermixing resulted in the emergence of diverse ethnic groups.

By the time the Arabs started trading with the natives in the 7th century, Madagascar’s written history had begun. European contact commenced in 1500.

Madagascar has several sightseeing spots. Antananarivo city has a botanical garden, the Queen’s Palace and a zoological garden. Ambohimanga is not far from the nation’s capital and is known for its historical sites. Other interesting places you can visit are Mantasoa, Amperfy and Perinet.

Mahajanga province is a large place, and the city bearing its name is just one site. Once you explore the province, you wil uncover many more wonders. 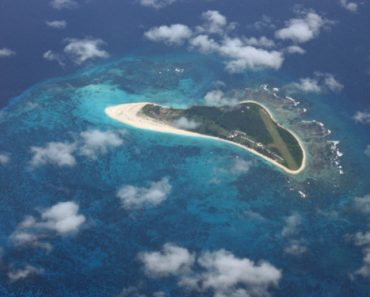