Medain Saleh in Al Madinah – Saudi Arabia is an archeological site that dates back to pre-Islamic times in Al-Ula sector of Saudi Arabia. It’s listed as one of the UNESCO World Heritage Sites. It is situated to the north west of the city of Medina and south east of Petra.

There are a couple of transport options for visitors to get to this archeological site. You may hop on a plane with the two nearest airports being the Medina airport, which is 300 kilometers away from the site and the Al Wajh, which is 220 kilometers away. Needless to say, one still has to go on land to get to the site.

Overland travel is either by driving your own car there or taking one of the buses to Al-Ula. If you opt for a bus ride then take one of the Saptco buses which run a route directly into the Al-Ula district. Driving to the said district from Jeddah is possible but will take eight hours. Driving from Riyadh is also another option but it will be a long 13.5 hour drive one way.

In the early 1970s Medain Saleh in Al Madinah – Saudi Arabia has been declared as an archeological treasure. However, there had only been low-key excavations done back then. However, since Saudi Arabia is now pushing for tourism and the promotion of cultural heritage, new explorations are being carried out. Medain Saleh eventually became a world heritage site in 2008.

The vestiges found here are usually compared to the archeological vestiges found in Petra. A row of four necropolis made from outcrops of sandstone can be seen here. It features a total of 131 monuments cut out from rocks and inscribed with Nabatean epigraphs. Another interesting feature to be found here is the newly restored Hijaz Railway. The entire facility is now set up for viewing complete with pieces of rolling stock.

Experts say that the inscriptions found here date back to the 3rd to 2nd century BCE. It is stated that a settlement used to be located at the site and it also became a center of commerce in the area. The area came under the control of the Nabatean king from 9 BCE to 40 CE. The entire region was integrated into the Roman Empire in 106 CE. The place was eventually declared as an archeological site by the 1970s.

Those visiting Medain Saleh in Al Madinah – Saudi Arabia will be required to pay for a visiting permit, which costs 100 Riyals. Your travel agent or tour operator can arrange for the payments in your behalf to avoid any hassle.

An overnight stay in Medain Saleh in Al Madinah – Saudi Arabia is not allowed. However, you may take a room in one of the nearby hotels such as Mada’in Saleh Hotel and Arac Hotel Al-Ula. 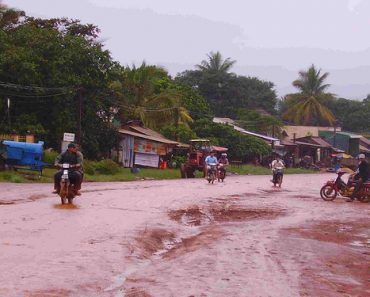