Monaco-Ville – Monaco is the oldest part of the Principality of Monaco. It is the original part of town that was first fortified back in earlier times. This old part of town is also known as Le Rocher which translates to The Rock.

Monaco-Ville – Monaco is situated on top of a rocky headland off the western side of Monaco’s city center.

The closest international airport to Monaco-Ville is Nice Côte d’Azur Airport which is approximately twenty-two kilometers from Monaco-Ville – Monaco. From here, you can take a bus that will drive you to Monaco.

There are several bus routes that drive up to Monaco-Ville and there are likewise train services that you can take. The fastest and easiest way however is to take a taxi to Monaco-Ville.

There are taxi stands that you can find near the casino as well as the train depot. 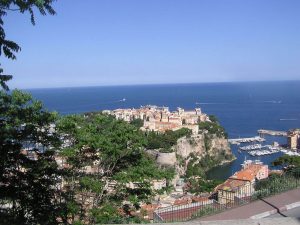 Monaco-Ville – Monaco is an interesting place to visit as it is abundant in architectural masterpieces that date as far back as the Middle Ages. Three of the most notable landmarks here are the Palais Princier, Cathedral of Saint Nicholas and the Oceanographic Museum.

Palais Princier otherwise known as Prince’s Palace is the official abode of the Prince of Monaco. It was constructed in the year 1911 as a fortress before it was turned into a royal residence in the thirteenth century.

Best time to visit the palace is at 11:55 in the morning where the Changing of the Guards takes place each day at the square fronting the palace.

The Cathedral of Saint Nicholas is the resting place of the Princess of Monaco, Grace Kelly as well as several other members of the Grimaldi Family.

Finally, the Oceanographic Museum is home to various species of sea life such as turtles and crabs, sharks, sea turtles and seahorses. Both kids and adults will enjoy viewing the underground aquarium located within the museum where colorful flora and fauna can be viewed.

The fortifications of Monaco-Ville – Monaco were first built in 1911 by the Genoese during its struggles against foreign invasion. When Monaco was later turned over to the Grimaldi Family, they built a palace which now still stands as major part of Monaco-Ville and is still being used as a royal residence.

The Grimaldis began as feudal lords that ruled the area and then later on, starting in the seventeenth century, they became sovereign royalties or princes.

By the nineteenth and twentieth century, the palace became a symbol of opulence thus giving the whole of Monaco the reputation of being the playground of the rich and famous where glitz and glamour dominate the scene.

A visit to the Oceanographic Museum will cost about €12.50 for adults and €6 for children and students. For kids below six years of age, admission is free.

For accommodations during your Monaco-Ville – Monaco holiday, these cost about €103 up to €800 depending on your choice of holiday accommodations.

If you are looking for an excellent souvenir to remember your visit, there is a vending machine outside the palace where you can get a souvenir brass coin for 2 Euros. 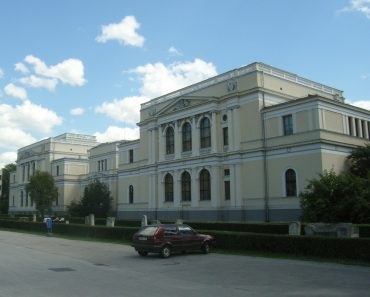