Monte Carlo Casino – Monaco is one of the most popular attractions in these parts of Monaco. As a matter of fact, Monte Carlo is best known for its world-class casino – that, and for being the place where the F1 Monaco Grand Prix is held.

For the most part however, a good number of tourists from all over the world visit Monte Carlo specifically to play at the Monte Carlo Casino – Monaco.

Monte Carlo Casino – Monaco is located at Place du Casino, Principality of Monaco. It is flanked by Hotel de Paris, Café de Paris as well as the Casino Gardens.

Monte Carlo is such a small place that you can easily explore its streets on foot. You can get here by road or sea. There are cruises that dock at the Monte Carlo port and there are likewise bus routes that pass through the Tourist Office which is just a few meters off the Monte Carlo Casino – Monaco.

Bus lines 1 through 4 and 6 can get you to the casino.

There are likewise taxis that you can take. Taxis are not hailed in Monaco but are found in designated taxi ranks. Depending on which part of Monaco you will be coming from, you can find several taxi ranks here: from the port to the train stations, hospital, hotels and Post Office.

There are numerous games that you can play when visiting Monte Carlo Casino – Monaco. Tables games such as European Roulette, English Roulette, Black Jack, Craps and also American Roulette are just a few of them. 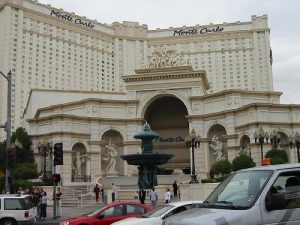 The most popular table game however is poker and at the Monte Carlo Casino – Monaco, the Grand Finals of the European Poker Tour takes place here every year.

Slot machines are also very popular at the casino.

Other noteworthy events are several boxing matches and the World Backgammon Championship.

For those who want something else to do other than gambling, there are likewise different shows held at the casino throughout the year. The complex is also home to the Grand Theatre de Monte Carlo where ballet performances are held during specific times of the year.

The Monte Carlo Casino – Monaco is the masterpiece of Charles Garnier, renowned architect who has the construction and design of the Paris Opera under his belt.

The casino building was constructed back in the year 1858 and was formally opened five years later, in 1863. A fifty-year concession was granted to a private citizen, Francois Blanc, giving him rights to run the operations.

A vacation in Monte Carlo is not for the faint of heart. First of all, entry to the casino is for 10 Euros. Now if you are going to play in any of the rooms, you may have to shell out an extra 30 Euros up to 100 Euros, sometimes more.

Dining in restaurants would cost about 55 Euros per person up to 255 Euros, depending on where you will be dining.

There is a dress code for entering the casino: strictly formal. Passports or other Identification Cards are also required and no person below eighteen years old will be admitted.