Mount Hermon in Israel is one of the most impressive mountain peaks in the Middle East. Aside from its natural beauty, the mountain range is also mentioned several times in religious texts. 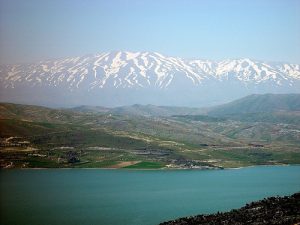 The mountain is located at the Anti-Lebanon mountain range. The southern slopes are located at the Golan Heights which are under the control of the Israelis. The summit is situated between the border of Lebanon and Syria. The most practical way to reach the site is to drive there by car. If you are visiting the ski resort, you can use their buses.

The mountain is the location of the only ski resort in Israel. During the peak ski season, (January to March) you will come across several tourists who are skiing at the mountain. Aside from the enjoyable skiing experience, the views from the mountain is striking. The ski trails at Mount Hermon in Israel are varied. Some are for experts only, but others are for novices. There are also intermediate trails.

At the towns nearby are numerous restaurants and hotels. There are also restaurants at the peak and bottom area. Activities like Nordic skiing and sledding are also available.

The mountain has three very distinct peaks. .the Anti-Lebanon range goes on for about 93 miles (150 km). The Hermon range on the other hand, spans an area of 1000 square km. 70 sq km of this is in the Golan Heights. Due to its altitude it gets a majority of the precipitation in the site.

The topography is karst. The mountain is also known for its spring and winter snow falls. This means that the peaks are layered with snow for much of the year. The snow that melts end up at the springs at the mountain base. These culminate as rivers and streams. These waters go on to form the Jordan River.

The mountain is mentioned several times in the Bible and other religious scriptures. The mountain was called Senir by the Sirion and Amorites. In the Book of Enoch, the mountain is the place where the Grigori (fallen angels) land on Earth. This mountain was also the Promised Land’s north boundary.

Mount Hermon in Israel was also the north limit of the Jews’ conquest as stated in the Book of Joshua. The mountain also figures heavily in Canaanite mythology.