Home
Europe
Museum of Earth and Men in Sofia – Bulgaria

The Earth and Man National Museum is one of the largest mineralogical museums on the planet. It is best known for its collection of minerals. But there are other items on display there too.

The museum is in the center of Sofia, the capital of Bulgaria. The address is 4 Cherni vruh blvd., Sofia 1421, Bulgaria. You can get there via a car, taxi or other modes of public transport.

Its collection of naturally occurring minerals encompasses 40% of all known types. There are also scores of man made ceramics on
display. Its exhibits are divided between temporary and permanent.

Its permanent exhibit includes the minerals of the earth, giant crystals, and minerals native to Bulgaria. There are also
expositions on gems and various mineral resources. 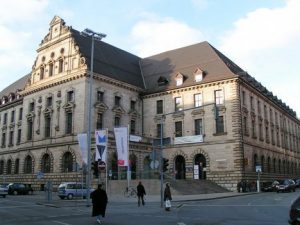 Days of Minerals, Day of Donor, the Geologist’s Evening and various lecture courses.

The museum also offers a course on geology. There are also Earth Days with special activities and monthly/yearly programs dedicated to different aspects of earth sciences.

The museum was established on December 30, 1985. It was opened to the public for the first time on June 19, 1987. The edifice was constructed on an old building (1896–1898). It occupies an area measuring 4,000 sq m. Following its building, it would go on to become one of the biggest museums of minerals in Europe.

The museum also has numerous halls and a conference room. A video room is built in too. The establishment also hosts chamber music concerts.

The Earth and Man National Museum is open daily from 10 am to 6 pm. While you can go there independently, guided tours are possible via tour operators.