There are numerous museums that you can find in Korea. Each of them offers relics that are significant to the country’s rich history and cultural values.

There’s the National Museum of Korea, which is considered the flagship of the country’s art and cultural history. Since it was built in 1945, it has been the center for research and exhibition about anything and everything related to Korea’s historical, art, and archaeological heritage.

There’s also the War Museum, which displays 5,000 years worth of relics from foreign invasions. It is a handsome building situated across Korea’s Defense Department. It is decorated with aircrafts and tanks and statues of the brave men who fought for independence. 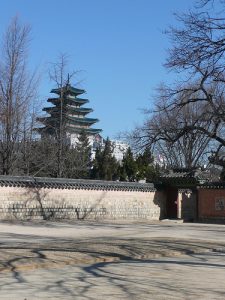 Museums are all over Korea. But the two most prominent of them all are situated at the capital city of Seoul. The National Museum is in Yongsan Family Park while the War Museum is along the main road.

It is not difficult to get to both because they are accessible through Korea’s railway system. You can also ride a bus or hire a taxi to get to both destinations.

Undoubtedly, you will see a lot of relics from the past in both museums. While the National Museum is concentrated on art and history, the War Museum is all about the battles that Korea went through from the Three Kingdoms Period to the Korean War. There is, indeed, so much to learn in both museums while your eyes are treated to age-old relics that are significant to the country’s past.

Not only that. Both the National Museum and the War Museum boasts of a beautiful architecture, which will easily take your breath away. From the façade to the interiors, you will love the Korean architecture imprinted on every corner and every side.

A trip to the Korean museums will surely impart a thing or two about the country. How its people impressively collected things that matter to its history and heritage.

The National Museum of Korea was established in 1945 while the Korean War Museum was built some time ago. Both are housing precious relics from the past, which plays key roles in the country’s history.

The National Museum displays about 13,000 items of art and history at one time while the War Museum constantly holds an exhibition of battle gear and vintage aircraft and tanks.

Both the National Museum and the War Museum as well as the other museums in Korea charges an entrance fee. The fee is not as much compared to the amount of knowledge that will be imparted to you through them.

Korea has about 358 museums spread throughout the country.