Long before the modern car was in use, the horse-driven carriage was the main form of transportation in Europe. Today, Museu Nacional dos Coches, the National Coaches Museum in Lisbon, Portugal, reminds tourists of that bygone age, with an impressive collection of elegant coaches once belonging to Portuguese royalty.

Location and How to Get to his Specific Site

The National Coaches Museum is located in the district of Belem in Lisbon, the capital city of Portugal. Tourists can travel to this site by bus or tram, as well as by train from the Cascais Line at the Belem Station or by boat from the Belem boat station.

The National Coaches Museum hosts a collection of ceremonial and promenade transportation dating from the 17th to 19th century. Among them is the Philip II Coach, which was used by King Philip II when he visited Portugal in 1619. The oldest coach in the collection, this 6-horse Spanish carriage was in use from the 16th to 17th century. The Queen Maria Francisca of Savoy Coach is a French ceremonial vehicle from the 2nd half of the 17th century, named after the cousin of King Louie IV. The Maria Ana of Austria Coach was ordered by the Austrian Emperor Joseph I for his sister Maria Ana’s marriage to the Portuguese King Joao V in 1708. The Crown Coach was built in Paris at the beginning of the 18th century, the first coach made under the orders of King Joao V. The Italian-work Pope Clement XI Coach was a gift by that Pope to King Joao on the occasion of his first-born Prince Jose’s baptism in 1715. Aside from coaches, the museum also exhibits coach accessories, court costumes from the 19th century, paintings of the 18th century Portuguese monarchy, engravings and drawings of coaches and coach processions.

Established on May 23, 1905, the National Coaches Museum, then known as the Royal Coach Museum, was created by Queen Amelie of Orleans, the wife of King Carlos I. Realizing the cultural significance of the royal ceremonial vehicles, the queen proposed gathering them into a collection, preserving them and putting them on exhibit to the public. The Royal Riding Arena of the Belem National Palace was chosen as the site of the museum. Following the establishment of the Portuguese Republic, the museum was officially renamed as the National Coaches Museum in 1910.

The admission price into the National Coaches Museum is 5,00 Euros for adults, 2,50 Euros for seniors over the age of 65, and 2,00 Euros for Youth-Card holders. The family ticket offers a discount of 50% for children ages 15 to 18 if accompanied by a parent. Entrance is free on Sundays and on bank holidays until 2:00 PM.

The National Coaches Museum is open Tuesday to Sunday from 10:00 AM to 6:00 PM. The museum is closed on Mondays, as well as on January 1, May 1, Easter Sunday, and Christmas. 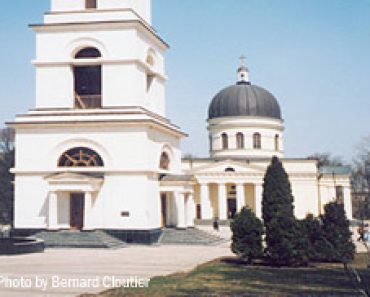