Nendeln or Nendlen Liechtenstein is a small town, but there are plenty of things to see here. If you are going to visit this country, a quick stopover here is worthwhile. 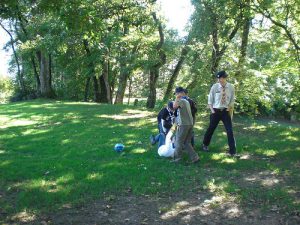 The town is to the north of Schaan. This is at the north center of the country. It is in the Eschen municipality. It is by the road that joins the nation to Austria and Switzerland.

One of the most interesting places in town is Rotenberg. This used to be the spot where criminals were killed. Visitors to the country can also drop by the beautiful Holy Cross Chapel and prebend house. These are among the most beautiful landmarks in Nendlen Liechtenstein. The town is also noteworthy for the lovely scenery. It is not far from the other tourist attractions in the country too.

The sub-country that would make up present day Liechtenstein was created on 814. Its border was established by the Rhine in 1434. It has not change since that time. Archaeological research has revealed that Nendeln had several Roman villas. Similar villas have also been found at Schaanwald.

The presence of a Roman fort in Schann is evidence of the influx of Romans in the area. During the Middle Ages, part of the land was annexed by the Carolingian Empire.

In 1342, the city of Vaduz was formed. It was a subdivision of the Werdenberg county. The city and the surrounding area suffered damage during the many wars in 15th century Europe. The country obtained its name from the Liechtenstein family who got their name from Lower Austria’s Castle Liechtenstein.

During the Thirty Years’ War (1618–1648) the country was invaded by Sweden and Austria. The 17th century saw the country suffer from a plague and witch hunts. 100 suspected witches were killed.

If you are not on a travel package tour, the daily budget will be around 100 USD or so. The daily living costs are comparable to Switzerland.

Aside from Nendlen Liechtenstein, tourists can also go snowboarding and skiing in Malbun. The prices are more affordable compared to those in Austria and Switzerland. Lovers of outdoor adventures can go hiking and biking. Its mountains make for a good mountain biking experience.

One of the simpler but no less exciting adventures you can do is just drive by the mountains at the country’s east side. There you can savor the view over the capital Vaduz.