The Ngardmau Waterfall is the best known waterfall in Palau. There is no shortage of waterfalls in the country, but this is the major one.

The waterfall can be found at the northern section of Babeldoab Island. Driving from Koror, head in the direction of the Babeldoab airport. Cross the bridge. Next, make a left at the gas station heading to Aimelik. Follow the road and you will see the waterfall entrance. The entrance is at the right between the markers 19 and 20.

The waterfall is an excellent place to go hiking. The trek is fun but can also be quite challenging. The views around the area are scenic, with verdant greens all around the path. The waterfall itself is surrounded by green vegetation and rocks.

All around you will hear the falls as they plunge into the waters below. These waters are actually a river, which is an attraction in itself. One of the most interesting things you will see are the rainbows at the Ngardmau Waterfall.

The most populated islands are Peleliu and Babeldaob. These are bundled together at the same reef. Angaur is a few miles on the south. During ancient times, the place was called the Black Islands. There is evidence that a pygmy population lived in the islands until 900 years ago.

However, the earliest inhabitants of the islands most likely came from the Philippines. Europeans started coming to the islands in the 18th and 19th centuries, beginning with the British in the 18th century.

Ownership of the land went to Spain in the 19th century. It passed on to Germany, Japan and the United States after World War II. In 1994, Palau formally became independent at the end of the Trust Territory of the Pacific Islands.

The entrance fee is 5 USD. The parking is free.

Visitors to the site can stay in any of the lodging places nearby. These are complete with facilities like showers and bathrooms. These places are near the jungle, so there is a constant breeze coming in.

You may also buy some souvenirs, food, drinks and other products in the area. The more adventurous ones can also hike to the hill nearby. It offers a nice view of the jungle.

The Ngardmau Waterfall is open every day. The opening time is 9:00 AM and the closing time is 5:00 PM. Note that there are many tour operators that can provide access to other points of interest nearby. 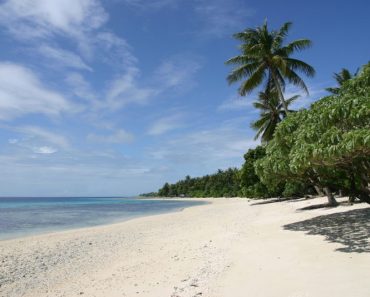