The Ngemelis Wall in Palau is one of the most spectacular dive sites in the world today. While there are many dive sites around the islands, this is one divers will not want to miss. 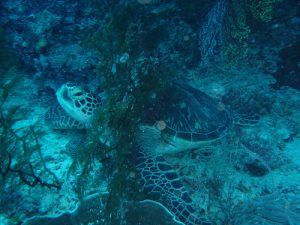 The dive commences at knee depth. In fact, the shallow points are such that the corals will be visible at low tide. However, the dive actually goes down to 1,000 feet. As you make the plunge you will see numerous sea fans. There are also brilliantly colored corals.

There are also sponges in the waters of the Ngemelis Wall in Palau. From the shallow point it will level at 20 meters. This goes up to 70 meters at the shore. It will then plunge into the depths of 300 meters.

Looking at pictures of the site will not do it justice; it must be experienced. There are soft and hard corals of all types. There are plate corals, whip corals and barrel sponges.

Many researchers believe that Palau was first settled in 3,000 years ago. The most widely accepted theory is that these people originally came from the Philippines. The current settlers on the islands probably came from the Sunda Islands. It was around the 18th century when explorers from the UK came to the island.

Spain annexed the islands and remained in control until 1899. That was the year they lost in the Spanish-American War. Spain was forced to sell the islands to Germany.

The island remained German territories until 1914 when Japan took over. In 1944, the US took over the islands. In 1947, the islands became part of the US via the Trust Territory of the Pacific Islands.

The typical cost of a dive in Palau is 17 USD. However, many factors will influence the cost. Chief among them are your experience level, the extent of the lessons you want and the length of the dive.

If you are diving in the site, you may also want to check out the New and Big Drop-Offs to the south. These are very near the Wall and referred to as its extensions.

The Ngemelis Wall in Palau is also known for the diverse marine life that populates the area. Some of the fish in the site are the parrotfish, angelfish and butterflyfish. There are also hawkfish and clownfish to be seen.