The Ngororngoro Reserve is one of the most important nature reserves in Tanzania. A UNESCO World Heritage Site, the area is home to different kinds of flora and fauna.

The conservation area is located 112 miles (180 km) to the west of Arusha. This is within the Crater Highlands. Travel tour operators will usually arrange the transportation so you can reach the site without difficulty.

The area is home to a giant volcanic caldera. The caldera is not broken and not flooded either. This was created by a volcanic eruption about 2 million years ago. It has a depth of 200 feet and spans an area 260 km2.

The site is home to over 25,000 animals. The density of mammalian predators here is probably the highest on the African continent. Many of them can be found in the crater.

Some of the large wildlife species are the black rhinoceros and the hippopotamus. The Ngororngoro Reserve is also home to over 4,000 zebra and 7,000 wildebeest. Other animals in the area are Thompson’s gazelles and the eland.

Visitors to the area will get to see other animals like jackals and spotted hyenas. There are also some cheetahs and other wild cats. The African Wild Dog has also been reported in the area.

The fossil evidence at the site indicates that different hominid species have existed in the area as far back as 3 million years ago. The original inhabitants were hunters. Thousands of years ago they were superseded by pastralists. The evidence shows the Mbulu settled in the area 2,000 years ago.

The Massai came to the site during the 1800s. The available records show the first European to enter the crater was Dr. Oscar Baumann in 1892. The crater was farmed by a couple of Germans until World War I broke out.

When the Serengeti National Park was established by the British in 1951, the conservation area was a part of it.

The cost of a tour of the Highlands, the conservation area and other nearby tourist areas will be at least 1000 USD. This will include the guides and lodging. However, the cost will vary depending on the operator.

The area also has dozens of lions at the crater. The rim of the crater is home to elephants and leopards. There are also buffaloes and mountain reedback.

The Ngororngoro Reserve is also known for the Serengeti migrants. They go to the site during the summer. These are composed of 470,000 gazelles, 260,000 zebra and 1.7 million wildebeest. 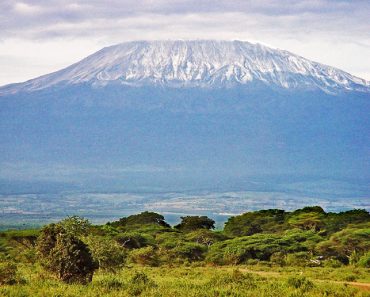