Novo Brdo in Pristina is a well known tourist destination in Kosovo. It is a historical town with several interesting sights. 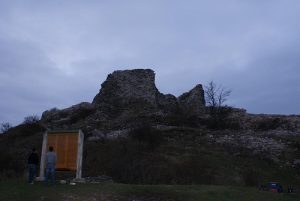 The town and municipality are in the Pristina district. This is at eastern Kosovo.

One of the major tourist attractions here is a fortress. This was built during the Middle Ages and set at the top of an extinct volcano. For many tourists, one of the best things you can do is to walk around the ruins and get a sense of its history. Tourists can also visit the old bazaar section. You will see several mosques.

There is also a market in Novo Brdo in Pristina. There are also several rustic villages you can visit. The picturesque mountains are also sights to behold. Other tourist destinations in the Pristina district are the Gracanica Monastery, Germia Park and the Fatih Mosque.

The town has been mentioned in historical records as far back as 1326. Its old name was Novaberd. It was also known as Novamonte, Novus Mons and Nyeuberghe. During the 14th century, it was a metropolis.

There is evidence the fortress at the volcano peak had already been built. Around the metropolis were numerous residential homes. A cross was installed at the outer wall of the fortress.

During its heyday, the population reached over 10,000. There were several smelting furnaces and mines for iron, silver, gold and lead. Around 1450, the town mines were generating 6,000 kg of silver annually. The fortress was the subject of a siege by the Ottomans. The siege lasted for forty days.

On June 1, 1455, the Ottomans finally conquered the site. At the start of the 20th century, the population of the town started going down. With the development of tourism in the area, the town and the area nearby have become a favorite destination of tourists.

Prices of guided tours to Kosovo differ. There are week long tours that start at 300 Euros per person. However, keep in mind that some travel packages may require a specific number of people per trip.

Novo Brdo in Pristina has established a tourism project aimed at providing tourists all their needs. You can now dine in the villages and get a chance to interact with the locals.