The Odessa Archaeological Museum is a repository of artifacts and information about Ukraine. If you are interested in the country’s past and history in general, this place is a worth a look. 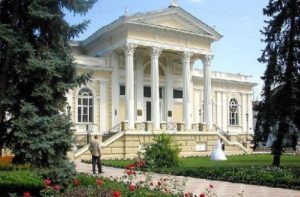 The museum can be found at Lanzheronivska St., 65026, Odessa, Ukraine.

There are some Egyptian mummies in the museum as well as several gold jewelry. The jewelry and coins come from civilizations that lived around the Black Sea. There are over 170,000 artifacts in the museum. These artifacts range from the Stone Age to the Middle Ages. Its collection of artifacts on the Northern Black Sea is the largest in the country.

There are also relics from ancient Greece and Rome as well as ancient Egypt. The vestibule of the building houses many of the sculptures in the collection.

There are also artifacts dating from 2000 BC. Other artifacts in the Odessa Archaeological Museum are from the Gumelnitsa burial grounds. Boards and barrows from the Bronze Age are on display as well.

The museum also has many artifacts related to the culture of Scythian tribes. Remains of their settlements are exhibited. There are also adornments, utensils, cauldrons and weapon items. The cultures of Greek colonies like Chersonesus, Panticapaeum, Niconium, Tyras and Olbia are also well represented.

Some of the most interesting artifacts are in the Golden Treasury. The oldest goes back to 2000 BC. There are also crafts from the Slavs as well as the Sarmatian and Scythian burial grounds. There are over 50,000 coins in the museum. These coins come from Rome, the Byzantine Empire and ancient Greece.

The admission fee is around 9 uah.

Apart from the exhibits, the museum conducts research on archeology at the northern coast of the Black Sea. It also does archaeological research in the early Middle Ages and the Iron Age. Other interesting collections in the museum include articles of craft art, inscriptions, sculptures, terracotta and painted vessels.

The Odessa Archaeological Museum is open Tuesdays to Sundays from 10:00 am to 5:00 pm. It is closed on Mondays and special holidays.