Ohrid – Macedonia is a UNESCO World Heritage Site and was declared as such together with Lake Ohrid back in 1980. It is the 7th largest city in the Republic of Macedonia and offers guests plenty of opportunities for enjoying a number of water sports.

But the most of notable features of Ohrid is it once was home to three hundred and sixty-five different churches, 1 for every day of the year.

Ohrid – Macedonia is located in southwest Macedonia on the embankment of Lake Ohrid.

The most convenient way to get to Ohrid – Macedonia is by taking a bus ride from Skopje. There are buses here that regularly ply the route going to Ohrid. The bus ride takes about three and one-half hours.

There is also a bus from Albania going to Struga, a town in Tirana that is located north of Ohrid.

If you are flying in, there is an international airport in the city located approximately seven kilometers off the city centre. However, flights here are limited.

Ohrid’s churches and basilicas are among the most interesting structures that you should visit while holidaying in town. 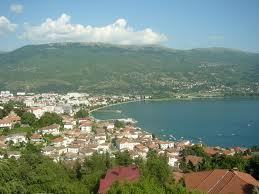 A visit to St. Sophia Church built during the 11th century. This is also known as the Cathedral of the bishops of Ohrid. When you enter inside the church, you can see the most well-preserved collection of frescoes all over the world.

There is also the St. Bogodorica Perivlepta Church built in the 13th century. The frescoes here depict Renaissance art. These frescoes include those of Saint Klement, the Lamentation of Christ, and the portrait of Konstantin Kavasila Archbishop of Ohrid.

The most “scenic” of all these churches is the St. John Kaneo Church because it is located on the cliffs overlooking Lake Ohrid.

Once you have visited all the churches in Ohrid – Macedonia, you can visit the Old Bazaar where you can find a food market, a thousand-year-old tree, clock tower, and a number of different stores.

There is also the King Samoil Fortress, Ohrid Fortifications, an antique theatre and several collections of traditional Ohrid architecture.

For recreational activities, head down to the beaches in town where you can enjoy white sands and clear waters.

It is believed that Ohrid – Macedonia is one of the most ancient settlements in the European Continent. This is further underscored with evidences showing that Lake Ohrid has been in existence since three million years ago.

Greek documents dating back to 353 BC first talks about the town which was then called Lychnidos.

Structures around Ohrid were built between the seventh and nineteenth centuries.

The best time to visit Ohrid is in the summertime when the weather is friendliest. This is also the time when the most important and most highly-celebrated festivals in all of Macedonia takes place; the Ohrid Summer Festival where various musicians and artists from all across Europe perform. 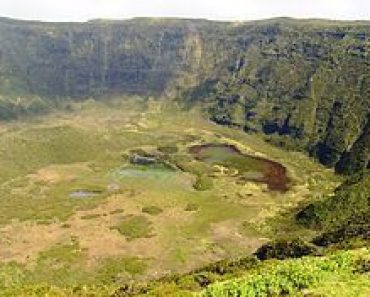