The Omar Ali Saifuddin Mosque is one of the greatest architectural achievements of Brunei. It is one of the major tourist destinations in the country and a significant landmark. 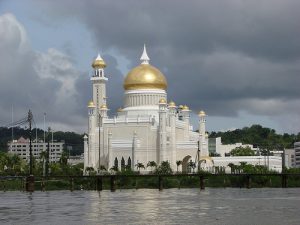 The mosque can be found in the Bandar Seri Begawan, the capital of Brunei.

The mosque is the most dominant feature of the Brunei skyline. The structure is an outstanding example of contemporary Islamic architecture. The styles used are a combination of Italian and Mughal. You will see the mosque along the lagoon banks of the Brunei River. There are lush gardens filled with fountains. When you go to the courtyard, you will see the golden domes and marble minarets.

There are floral gardens and trees surrounding the Omar Ali Saifuddin Mosque. The gardens and flowers around the mosque represent heaven.

The tallest feature of the mosque is the minaret. When looking at the mosque, you will see that it has elements of Renaissance and Italian design. There is an elevator at the top of the minaret. From there you can get a good view of the city. Inside the mosque are stained glass windows, marble columns and semi-domes and arches.

This mosque was named after Omar Ali Saifuddien III, the 28th ruler of Brunei. Construction of the edifice was finished in 1958. The plans were set down by Booty and Edwards Chartered Architects. These were based on the designs of Cavaliere Rudolfo Nolli, an Italian architect.

Brunei itself has been around for a long time. Its golden age was during the 15th and 17th centuries. During this time, its control extended from the southern Philippines to northwest Borneo. Strife and domestic problems led to its decline.

By 1888, it had turned into a British protectorate. The country achieved independence in 1984. Since that time, the nation has become very prosperous due to its vast amounts of oil.

A tour of Brunei will cost about 300 USD. This rate is good for a full day tour so you can see most of the interesting spots in the country.

There is a bridge that stretches along the lagoon onto Kampong Ayer in the river’s center. There is also a bridge that represents a 16th century Century Sultan Bolkiah mahligai barge.

However, the main feature of the Omar Ali Saifuddin Mosque is still the dome, as it is laden with gold. It is very easy to see the mosque owing to its height. 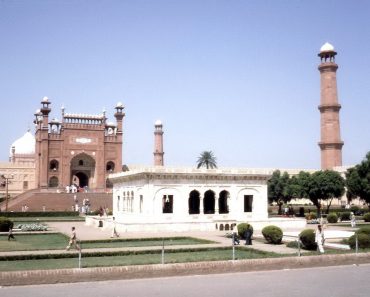