The Qatar Oryx Farm is the home of this Oryx, the national animal of Qatar. The farm is home to many of these endangered species. 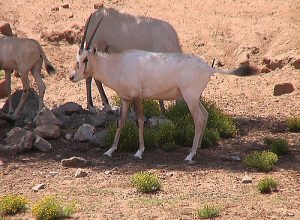 The farm is in Shahaniya. This is approximately 15 km from Doha.

Nowhere else in the country will you see the Oryx in such vast numbers. Although the animals are shy, you can still see them in the farm.

The setup mimics the natural habitat of the animals, so you can see them in their natural movements. This is necessary so the creature can grow naturally.

The Qatar Oryx Farm was designed mainly to protect the species and save it from extinction. The creature is one of the four antelope species belonging to the genus of the same name. Three of them are native to Africa and one in the Arabian Peninsula. It has a pale pelage and dark marks on the face. They have long straight horns.

The Qatar peninsula has been inhabited as far back as 50,000 years ago. The earliest settlers were Stone Age people who constructed settlements and encampments along the coast.

There is also evidence the Al Ubaid culture of Mesopotamia lived in the area. Evidence shows that a town had already existed there by 500 BC. It is also likely the people living in the area were influenced by the Dilmun civilization.

However, no civilization or settlement seems to have been made in the area during the olden times. This is understandable due to the difficult climate and scarcity of resources. There is also evidence that it was the site of many conflicts.

What is certain is that the land was utilized as rangeland by the tribes in the regions of Al Hasa and Najd. It is also very likely that the pearling and fishing settlements were set up in the area. Prior to the 18th century, majority of the towns were at the east coast.

Travel packages to Qatar are numerous, and the costs will vary. A two week tour will cost at least a couple thousand dollars. The more high end tours can cost several thousands.

The Arabian Oryx would almost certainly have become extinct where it not for the efforts of the said farm and other similar institutions. Today however, the species and others like it are on the way to recovery.

These creatures are the main attractions in the Qatar Oryx Farm. While they are certainly fun to view, one should understand that its main purpose is to protect the animals. 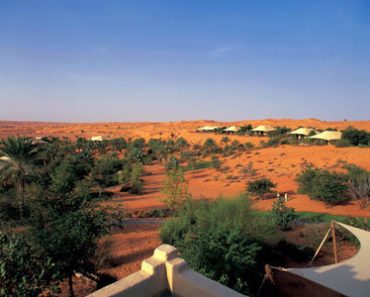