The Osprey Beach in Sanyang is one of the reasons why people visit the resort and the village nearby. The beauty of the beach makes it an irresistible draw for tourists.

The beach is in Sanyang. The village and the resort are in Kombo South. This is to the western coast of The Gambia. There is a laterite road that will take you to the coastal road and the restaurant there.

The beach is perhaps best known for its golden sands, as they contrast nicely with the blue waters and sky. The cool waters are perfect for swimming. You can also go diving and enjoy the views underwater.

Kayaking is another popular activity at Osprey Beach in Sanyang. The beach is actually named after the restaurant and bar near it. Aside from enjoying the views on the beach, you can also dine on some fresh seafood. You can also try some local Gambian food.

The earliest mention of The Gambia is from Arab traders records. During the Middle Ages, the area making up The Gambia was run by trans-Saharan trade.

Under the rule of Mansa Kankan Musa, the area became wealthy and prosperous. It also became renowned for its civility and scholarship. During the 16th century, the Soninke people took control of the site.

The late 17th to 18th century saw France and England battle for control of Gambia and Senegal. Great Britain got control of The Gambia with the 1783 Treaty of Paris. During the days of the slave trade, nearly 3 million slaves were obtained from the region.

The minimum daily budget is 30 USD. This rate is for the backpacking traveler. If you have a bigger budget, your travel will be more comfortable.

Not far from the beach at Sanyang is Pelican Beach. This beach is somewhat rocky, but the views are stunning nevertheless. Another highlight is the lagoon, home to several tropical birds. There are also some lodging houses there.

The Osprey Beach in Sanyang continues to attract tourists from all over the world. Its unspoiled environment makes it an attractive alternative to other crowded tourist destinations. 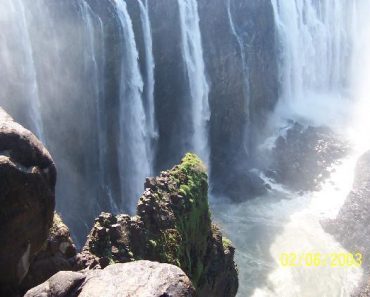