The Palace of Versailles in France is the main tourist attraction in the city of Versailles. Its vastness, opulence and rich history have made it into a “must see”.

The palace is forty minutes away by train from Paris. There are numerous train stations there. These are the Versailles Chantiers, Versailles Rive Droite and Versailles Rive Gauche. The Rive Gauche is nearest to the palace. It is also possible to get a train to the city from Gare Montparnasse.

If you want to take the bus, route 171 goes between Pont de Sevres onto the city. This trip usually takes half an hour. When you get to the city, you can walk around to enjoy the view. But there are many buses around. There are battery powered golf carts for rent within the palace.

While touring the palace, you can avail of the audio guide. This is included with the pass fee. Available in several languages, it helps you understand the history of the place. Apart from admiring the ornate decorations, there are other activities in the Palace of Versailles in France. These include cycles for hire, a rowing boat and a train ride. 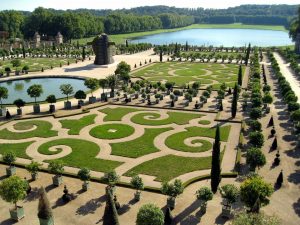 The best way to see the grounds is to take the mini-train. You can see the grounds, and the palaces of the king and queen. The train journey ends at the main canal. You can buy some food at the nearby shop.

History of the Palace of Versailles in France

From 1682 to 1789, the palace was the home of French royalty. The palace began as a hunting lodge of Louis XIII in 1624. He would expand the lodge. It would eventually become one of the costliest and most lavish palaces on the world.

Nearly 40,000 acres of land were prepared for the walkways, terraces and plants. 400 pieces of sculpture and 1,000 fountains were installed. The building would not be fully complete until the next century.

An all-inclusive One-Day-Pass costs 20 Euros on weekdays and 25 Euros on weekends. If you only want to see the palace, the tickets cost 13.50 Euros. On certain times of the year, those with museum passes have free entry.

The tickets for Marie-Antoinette’s Estate and Grand Trianon cost 9 Euros. The ticket cost for Palace of Versailles in France varies per season. It is cheapest from November to March. They are most expensive from April to October. Booking in advance is recommended. ?