Palau consists of several islands located off the southeastern regions of the country, the Philippines. It is divided into several states and one of these is Peleliu – Palau. 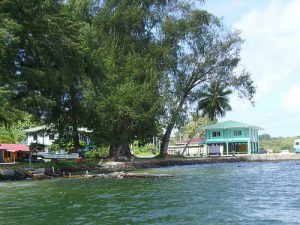 Peleliu – Palau is located off the northeastern parts of Angaur and the southwestern section of Koror, a region in Palau that has the largest city among all cities from the Palau group of islands.

You can reach Peleliu – Palau via air or sea travel. For a more scenic route, it is recommended that travelers go to Peleliu via boat. There are boats that leave Klouklubed and Koror. The trip will take about 3 hours.

On the other hand, if you wish to arrive to Peleliu in no time at all, you can get a flight from Koror going to the island.

Peleliu – Palau is a very small island and is quite separated from the other islands in Palau. This being said, the island is the ideal getaway for those looking to enjoy a bit more privacy.

The island also has only about seven hundred inhabitants so you’re not likely to run into crowds of locals all the time which translates to more peace and quiet for you.

You can also join diving expeditions as Palau has a good number of dive sites. You can join day dives or take advantage of live – aboards which will take you to several dive spots around the island.

Snorkeling is also a popular activity in Palau and as you visit Peleliu, you can check out providers for snorkeling, kayaking and fishing trips.

Peleliu – Palau played a huge role in World History, as it was here that the Battle of Peleliu took place during the Second World War. Small though it may be, thousands upon thousands of soldiers died here as the US troops battled it out with the Japanese Army.

It is estimated that around fifteen thousand soldiers died here during the infamous Battle of Peleliu. This tiny island is now as war memorial and is listed in the United States National Register of Historic Places.

The island proved to be a useful tactical site for the Japanese soldiers as there were a number of caves and rock formations around the island which they could use as “dug – outs”.

Boat rides going to Peleliu – Palau are generally around US$ 6 for a one – way trip while flights cost about US$ 50, one – way and US$ 90, roundtrip.

Accommodations around Palau usually start at US$ 50 per room, per night.

Peleliu – Palau still has a number of remnants from the Second World War in the form of live ammos. For your own safety, do not touch these should you happen to come across them.

In addition, there is a fine of about US$ 15,000 for removing these war remnants from their places.