Its myriad attractions have made the Poloniny National Park one of the most frequently visited places in Slovakia. Aside from the scenery, there are many activities you can do. 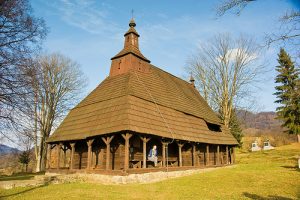 The park can be found at the Presov Region in the Snina District. It is right next to Poland’s Bieszczady National Park.

Majority of the park is made up of forests; the most dominant types being the beech-fir and beech. Its old growth forests are the most extensive in the country. At the edge of the Bukovske vrchy mountain range are the meadows. The wildlife at the Poloniny National Park is also extensive. Many of the animals there are rare and endangered.

There are 55 mammals including the bear, the Eurasian lynx and the European bison. There are also 198 birds, 8 reptiles and 13 amphibian types. There are altogether 294 vertebrates. There are 100 lichens and 800 fungi in the park.

The park is open all year round. Skiing is a popular activity here during the winter. During the summer, the park is visited by tourists for the hiking trails. One of the trails here leads to several wood churches at Rusky Potok, Ulicske Krive and Topola. These churches are from the 18th century.

The beech forests at the Rozok, Stuzica and Havesova have been inscribed as a UNESCO World Heritage Site.

The Presov Region is known for its unique landscapes. Different areas are covered by hills and highlands. At the western portion are the basins of Hornadska kotlina and Podtatranska kotlina. Other ranges nearby are the Slanske vrchy, Ondavska vrchovina, Cergov, and Sarisska vrchovina.

The eastern section of the land is made up of Vihorlat Mountains, the Bukovske vrchy mountain ranges, the highland Laborecka vrchovina and the Eastern Slovak Lowland. There are many rivers in the area. Some of the major ones are Poprad in the west and Laborecat the east. The Torysa is in the middle.

There is no entrance fee required to enter the park.

The park is also home to over 400 spiders, 819 butterflies and 1,472 true bugs. There are also 90 molluscs. The total number of invertebrates are about 5,980. There are also many other creatures in the park waiting to be discovered. The same can be said for the flora.

The Poloniny National Park is also home to 1,000 vascular plant species. Several of them are in danger of extinction and being preserved.