Port Jackson in New South Wales makes up Sydney’s natural borders. It is best known as the location of the Sydney Harbor Bridge and Sydney Opera House.

The port is a river valley spanning an area of 55 sq km and stretches for 19 km. As a prime tourist attraction, cruises and ferries are plentiful. The Sydney harbor cruises leave for Circular Quay and Darling Harbor. You can also drive to the port using a rental car or almost any public transportation.

The Port Jackson in New South Wales is known for its natural beauty. The harbor is the place where Australia’s New Year’s Eve Fireworks takes place. It is also the commencing point for the Hobart yacht competition.

The port is made up of several small islands. Most of them are handled by national parks and the Sydney Harbor Foundation. Some of the islands you should check out include Fort Denison, Goat Island, Clark Island and Rodd Island. Many of the islands have picnic areas. You can also 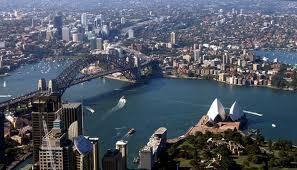 journey along the trails to savor the scenery.

The port was the first area the Europeans settled in. The Europeans would colonize the local inhabitants, including the Wangal, Eora, Cammeraygal and Gadigal people. The Gadigal people lived in an area from the port’s south side to the present South Head.

The Cammeraygal resided in the harbor’s northern side. The Wangal on the other hand, occupied the southern portion along the Parramatta River. The Eora people settled close to the harbor’s south side.

Tickets to the park nearby cost $17 for adults. The admission fee is $15 for children five to 15 years old. An extensive tour around the harbor will cost at least $250.

It is best to visit the islands as a group. You can arrange for an individual visit. However, there are limits to the number of people that can go to a particular island.

If you are more interested in the history of Australia, Cockatoo Island, Fort Denison and Goat Island should be your destination. If you are looking for the scenery, check out Shark Island and Clark Island.

If you are going to visit Port Jackson in New South Wales, make sure to plan ahead and book as early as possible. This is particularly true if you want to visit during the New Year or during the holidays.