Lhasa is the capital city of China’s autonomous region, Tibet. Considered as the “Land of the Gods,” Lhasa is the center of Tibet. As such, tourists can visit a number of sacred and religious sites including the Potala Palace in Lhasa – China. 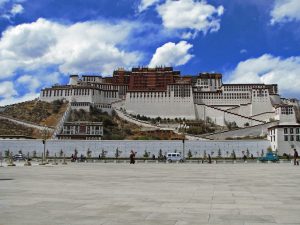 Potala Palace in Lhasa – China is situated atop a rocky hill known as Marpo Ri, just off the western section of old Lhasa. It is located at 35 Beijing Middle Road, Chengguan, Lhasa.

To reach Potala Palace in Lhasa – China, you can take any of the local public transports like rickshaws, buses and minibuses. Rickshaws can be easily hailed from any part of Lhasa.

You may also want to take a taxi going to the palace if you wish to have a more private and comfortable means of getting to your destination albeit more expensive.

Visiting the Potala Palace in Lhasa – China, you will need to climb up the stairs that go up to about a hundred meters before you can actually see the main attractions here: the Red Palace and the White Palace.

The Red Palace is actually considered as the main attraction here as this one has several different chapels as well as mausoleums of past Dalai Lamas.

The mausoleum of the fifth Dalai Lama is about five storeys high and is situated at the western section of the palace.

The huge reliquary houses the remains of a Buddhist saint. It is covered in gold and adorned with precious stones like diamonds, turquoise, pearls and agate.

The White Palace on the other hand, has the residences of the Dalai Lamas, the offices of the former government of Tibet plus the meeting halls.

The palaces are adorned with beautiful frescoes depicting customs and traditions of the Tibetan people. Sculptures, paintings and statues are also found inside the palace.

The Potala Palace in Lhasa – China served as the official residence of the Dalai Lama until about the time of the thirteenth Dalai Lama. The fourteenth Dalai Lama left for India after an uprising and invasion occurred in the year 1959.

The 1st palace was built by Songsten Gampo, a Tibetan King, some time in the year 637. It was originally built as a retreat house for the king before he presented it as a gift for his bride.

It was the fifth Dalai Lama who undertook rebuilding of the palace in the year 1645.

It was inscribed as a UNESCO World Heritage Site in the year 1994.

The cost to visit the Potala Palace in Lhasa – China is 100 Yuan per visitor. To visit the museum, view the relics and climb up the roof, there is an additional fee of 10 Yuan.

When visiting Potala Palace in Lhasa – China, it is important that you bring your passport along with you as you will not be given entry without it, even if you already have the ticket.

The palace is open from 9 in the morning up to 3 in the afternoon everyday.

The palace limits its number of guests to about two thousand five hundred per day so make sure that you place your reservations prior to visiting. 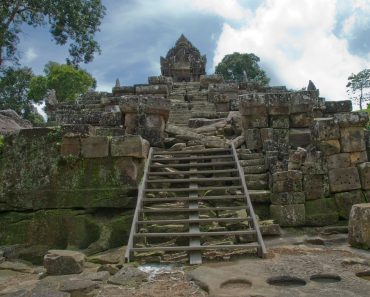