The tourist attractions at Red Square Moscow are numerous. In fact, the whole city square can be considered one of the main sightseeing spots in Russia. Almost all the buildings here have some historical significance. 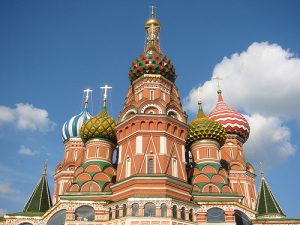 The Square is what separates Kitai-gorod (a merchant quarter) from the Kremlin. All the streets radiate from the Square.

As stated earlier, almost all the edifices here are historically significant. One of the most important is Lenin’s Mausoleum where the remains of Vladimir Ilyich Lenin, founder of the USSR, is kept. Over at the south are the colorful Kremlin cathedrals and palaces. One of the best known is Saint Basil’s Cathedral.

The refurbished Kazan Cathedral and GUM department store are at the eastern section. They are two of the most popular tourist attractions at Red Square.

The Lobnoye Mesto is at the northwest section. Public ceremonies used to be held here. This used to be in the center of the Square. But it was relocated to make way for the regular parade of the Soviet Army. Overall, the square is 70 meters (230 ft) wide and 330 meters (1100 ft) long.

The name of the place has nothing to do with color. Neither does it have anything do with red being the color of communism. The Russian word krasnaya can be translated as beautiful or red. The word was used to refer to the Cathedral of Saint Basil. Eventually it came to refer to the whole square. Some historians believe that the square obtained its current name in the 17th century.

The Square retained its prominence during the days of the USSR. It became the seat of power and was the location for military parades. The Resurrection Gates, the Kazan Cathedral and Iverskaya Chapel were removed so large military vehicles could be driven through the place.

Flights to Moscow will cost about 500 to 800 USD. These are the typical rates if you are flying in from the US. There are many online sites that help you book flights at low costs.

The northern sector of the Square is notable for the State Historical Museum. Its contours are akin to the towers of the Kremlin. Over at the northwest is the Iberian Gate and Chapel.

Another one of the tourist attractions at Red Square is the bronze statue of Dmitry Pozharsky and Kuzma Minin. They were instrumental in helping the city fight off the Poles during the 1612 Times of Trouble. 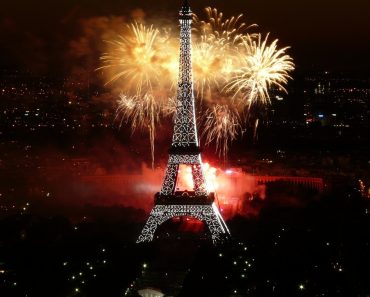