The tourist attractions in Reykjavik have kept this city near the top of the most popular cities in Iceland. If you want to see something different the next time you are in Europe, this is a great place to explore. 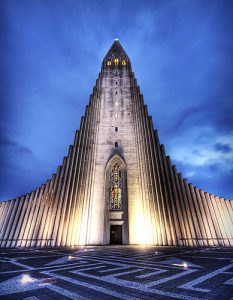 The capital of Iceland, the city can be reached by direct flight abroad. The main airport is Keflavík International Airport. There are also several car rental services. Once in the city you can travel around by bus.

The Old Town section is filled with very attractive and unique houses. For lovely views of the city, go to the Perlan. You can go to the tower even if you do not order. Another place worth visiting is the Tjornin Lake and the National Cathedral.

The Alþingi parliament is downtown. One of the most popular tourist attractions in Reykjavik is the National Museum of Iceland. It provides good information about the city.

Hiking is very popular in Iceland, and there are many trails in the vicinity of the city. Horse riding is another popular activity. Nature lovers will also enjoy sea angling and watching whales. Water sport activities like whitewater rafting are also popular around the area.

Many researchers believe that this city is the first area in Iceland that the Norsemen settled in. This probably took place in AD 870. There is no evidence of it being mentioned in medieval times except as a farm land. Things changed in the 18th century as urbanization began.

During the 1750s, the wool industry would become the most important product of the city. Other activities in the city included shipbuilding, mining and fisheries. The city was the site of many Allied bases during World War II. After the end of the war, the area progressed rapidly. Today, it is a major player when it comes to IT, tourism and finance.

Car rental services can be as cheap as 5500 ISK daily. The Iceland Museum has an entrance fee of 800 ISK. It is free for children.

Another well known landmark here is Hallgrimskirkja church. It is set atop a hill where you can see the city. You may also want to visit the Culture House. It is a repository of medieval manuscripts. The place also has information about Surtsey.

No list of tourist attractions in Reykjavik will be complete without mentioning the Museum of Photography. There is also the Imagine Peace Tower and the art museum.