The Rwenzori Mountains National Park is one of Uganda’s most popular tourist destinations. It is also a UNESCO World Heritage Site.

The park is best known for its majestic mountain peaks which are among the tallest in the country. Visitors to the site will also see plenty of lakes, waterfalls and glaciers. The park is also highly regarded for its diverse wildlife.

Mount Stanley is in the Rwenzori Mountains National Park. So is Margherita Peak, one of Mount Stanley’s other peaks. Mount Baker and Mount Speke are also in the area. These are among the highest peaks in Uganda. There are also four primate species, 5 species of butterfly and 89 species of birds.

The park also has numerous trekking and climbing sites. The seven day circuit of the park is the most popular. Trekking days are officially on Mondays, Wednesdays and Fridays. However, many visitors begin their treks on other days.

The park was founded in 1991. Three years later it became a UNESCO World Heritage Site. The site is currently owned by the Ugandan government. Due to its popularity, several hotels have sprung up in the area. Hotels and lodges proliferate in Kampala, as it is the gateway to the site.

The entrance fee for an adult is $30 and $15 for individuals between 5 to 15 years of age. Children under five years of age are free to enter.

The park is home to several endangered species. The botany is also one of the most beautiful in the planet. Five vegetation zones exist in the park. The wildlife species change depending on the elevation. These include the Ruwenzori Turaco duiker, L’Hoest’s monkeys and black-and-white colobus.

Schedule your visit to the Rwenzori Mountains National Park before or after the rainy season. The heavy rains fall from September to December and March to June. 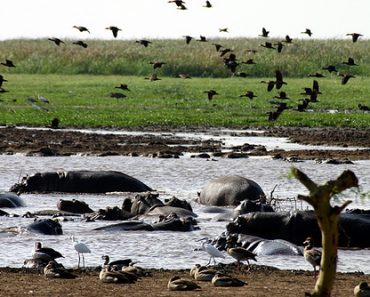