A cultural tour is both exciting and enriching. It will give you a good glimpse of the locals’ way of life. It will also give you an idea of their established culture and tradition, making it a lot easier for you to understand their lifestyles.

In Malaysia, there is one interesting village that will give you an immense cultural tour – the Sarawak Cultural Village in Sarawak, Malaysia. 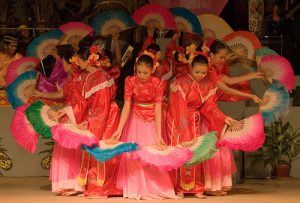 The Sarawak Cultural Village is considered a living museum, situated at the foot of Mount Santubong. It is about 35 kilometers away from Kuching, Sarawak.

The road connection to the cultural village is outstanding. However, there are no public transport options that you can use to get there. Your choice is between hiring a private car, a taxi, or taking a shuttle bus, which leaves and arrives at specific times of the day. The shuttle bus departs from Holiday Inn Kuching at 9 o’ clock in the morning and 12:30 in the afternoon. It returns to the inn at 1:45 and 5:30 in the afternoon.

The Sarawak Cultural Village was established to showcase as well as preserve Sarawak’s cultural heritage. As such, anywhere and everywhere in the village, you will find people and things that will familiarize you to the locals’ lifestyles.

There are houses built by different ethnic groups that are locals to Sarawak – the Ibans, Melanaus, Orang Ulus, and Bidayauhs. There are also houses that characterize Chinese and Malay influence.

Around a hundred and fifty people can be found in the village. They were there to demonstrate the traditional daily activities of the locals, including making of sago and handicrafts. They also wear traditional costumes and also put on a show of song and dance for touring visitors.

Local entertainment at Sarawak Cultural Village can also be witnessed at the village theater where multicultural performances were shown. There is also a restaurant and handicraft shop where you can taste their delicacies and avail of their ingenious products.

Some people who come over can also marry in Iban, Melanau, Orang Ulu, or Bidayauh style. There are also guesthouses available for occupancy, which intended for those who want to stay for the night.

A trip to Sarawak Cultural Village is rightfully a whole-day tour because there are so many things you can experience and discover there.

As mentioned earlier, the Sarawak Cultural Village was built to serve the very same purpose it has been tasked to do for years. That is, to showcase the traditions and lifestyles of the diverse people of Sarawak. The 17-acre property is a way of the government to endear the different ethnic groups to both local and foreign tourists.

To enter Sarawak Cultural Village and immerse on a whole day tour, you will have to pay RM30 for children and 60RM for adults or about USD10 and USD20 respectively.

You may choose to spend the night at the village, for additional costs.