A trip to Sareiser Joch can be the adventure of a lifetime. It is one of those places that adventurers will most likely fall in love with. 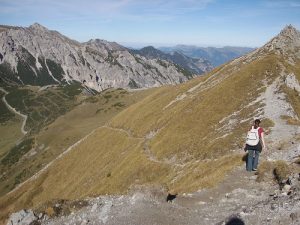 The site is in Liechtenstein. It is not that far from Vaduz, the capital of the country.

The site is a hiker’s paradise. The scenery will take your breath away. Apart from the beauty of the surroundings, the chairlift is an added attraction. it connects the site to Maldun at a length of nearly 2,800 feet. From this point you can go up the Schonberg.

Trekking up Sareiser Joch can be quite challenging but exhilarating. But the views from the top will reward your effort. Those who venture around the site will get to see lush scenery. All around you are the mountains, trees and skies.

It is from Lower Austria’s Liechtenstein family that the country / principality got its name. During the 15th century, the country suffered from several wars. During the Thirty Years’ War of 1618-1648, the land was invaded by Sweden and Austria.

Problems also affected Liechtenstein in the 17th century, including a plague and witch hunts. In 1806, Liechtenstein joined Napoleon’s Confederation, earning the status of a sovereign state. In 1815, the country regained its independence. It joined the German Confederation shortly thereafter.

Following the dissolution of the Confederation, the country disbanded its army and announce a policy of permanent neutrality. A monetary and customs agreement with Switzerland helped make it a prosperous nation. In spite of its limited resources, it is now one of the richest countries in the world.

There are several travel tours to the country you can book on the Web. If you are going to travel on your own, figure on spending around 100 USD daily.

Because Liechtenstein is a small country, you can reach the other tourist spots easily. One of the most interesting places you can visit is the State Art Gallery in Vaduz. Other sites you can visit are Tourotel Gaflei, a hiking destination; Gutenberg Castle, a historic estate and the ruins of the Wildschloss tower.

A trip to Sareiser Joch is not just for long time trekkers and hikers. It is also a spot which lovers of fine natural scenery will appreciate.