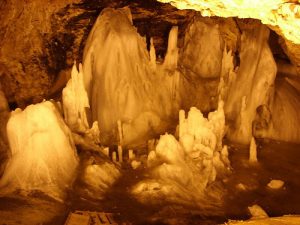 Scarisoara Cave in Apuseni Mountains – Romania is located within the commune of Garda de Sus, in the northwestern section of Alba District. It is approximately forty kilometers off Campeni.

You can take a bus or train from major cities around Transylvania which can take you to Alba and Garda de Sus. From here, you can see the track that leads to the Scarisoara Cave in Apuseni Mountains – Romania.

The track is not accessible by car so you will have to walk several kilometers to reach the entrance to the cave.

Once you get to the entrance of the Scarisoara Cave in Apuseni Mountains – Romania, you will have to go down a shaft which is about 48 meters deep to gain access to the main chamber which is called the Big Hall.

From this point, you can see entry points that leads to what is called as the Church, the Big Reservation, the Coman Gallery and the Small Reservation. Being the one of the biggest ice caves within the Apuseni Mountains, you can see hundreds of stalagmites as you pass along the trails to explore the cave.

You may also come across a good number of bats as you explore the cave as bats have been known to reside in this cave.

There is no existing evidence as to the exact date when the Scarisoara Cave in Apuseni Mountains – Romania was discovered. However, Austrian geographer Arnold Schmidl who explored the cave was the first to acknowledge the existence of the cave and map-out its interiors.

In the years 1921 up to 1923, Romanian scientist Emil Racovit? did his own explorations of the cave.

It is believed that the cave came into existence some three thousand and five hundred years ago.

Entry fee to visit the Scarisoara Cave in Apuseni Mountains – Romania is about €1.50 for each adult and €1 for each child.

For accommodations, there is a hostel about 750 meters from the cave site and rooms here cost about €8 for single occupancy and €16 for double occupancy. Meals are priced as follows: €3 for breakfast, €5 for lunch and €4 for dinner.

If you wish to explore the surrounding area, you can go on a horse ride for €60 per day.

The cave is not well-lit hence; visitors are advised to bring their own torch or lamp; or secure one from the gate keeper. 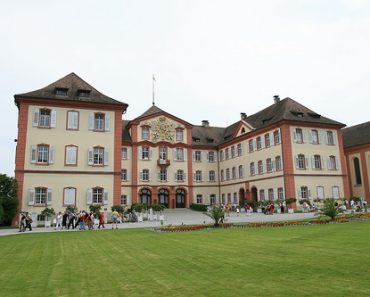