Schokland in Holland is a UNESCO World Heritage Site. The island is not just a popular tourist destination, but it is also an important archaeological site.

The site can be found at the Noordoostpolder. The site used to be an island but this status was removed following the Noordoostpolder reclamation in 1942. The closest railway stations are Lelystad and Kampen. The Kampen buse service 682 serves the site.

To see the main tourist attractions at Schokland in Holland, go to the Nagele Village. Near it is a museum. The place has exhibitions about life on the island. There are also artifacts about the prehistoric inhabitants. Aside from the permanent exhibitions, there are also new exhibits being displayed.

You can also take a stroll around the former islands contours. Or you can rent a bike and cruise around. This is particularly enjoyable during the summer. This is also a good time to interact with the other tourists who may be on the former island.

The oldest human settlements in the area go back to around 10,000 BC at the Late Paleolithic period. The earliest communities consisted of hunters and gatherers. There is also evidence of cemeteries and agricultural activities during the Neolithic period and the Early Bronze Age.

The settlements were not continuous however. Periodic rise of the water forced the inhabitants to leave frequently. Around 1000 AD, drainage of the area began, leading to settlements. At the onset of the 13th century, the island was still linked to the mainland via a ridge. In 1450, the ridge collapsed and isolated the land along with Urk.

During the 1700s, Friesland and Holland began supporting the area because of their dependence on it. Despite their best efforts, the island had to be evacuated in 1859 because of the subsoil instability. Today, the land has become a popular tourist destination.

The cost of entering the Brennels Buiten center on the site is 4 Euros per person. The trip to the Netherlands will cost around 1,500 USD.

Not far from the former island is Urk, which also used to be an island. Urk may have lost its status as an island, but the island natives have been able to maintain their character and culture.

Schokland in Holland is not just a popular tourist destination, but it is also a symbol of the struggles of the Netherlands against those who attempt to get into their territory. 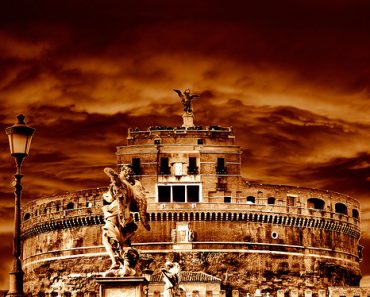