Salmiya District is located approximately 12 kilometers off the southeastern section of Kuwait City. It is comprised of residential and commercial areas where a good number of attractions are situated.

The most popular attraction in the district is the Scientific Center in Salmiya – Kuwait as its facilities, exhibits and other attractions are suitable for both kids and adults. 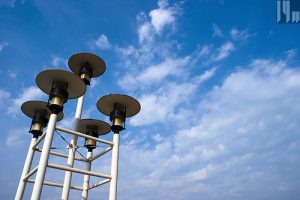 The Scientific Center in Salmiya – Kuwait is situated along the coastal front at Ras Al Ardh.

There are basically two ways for foreign travelers to get around Kuwait City and reach the Salmiya District where the Scientific Center is located. You can take a taxi or a bus to reach this particular tourist attraction.

There are white taxis available at hotel fronts and orange taxis available everywhere else. Buses travel short and long distances and as long as you are traveling within the city, the fares are fixed.

The Aquarium in turn is categorized into three: Sea Zone, Desert Zone and Coastal Zone.

The Sea Zone is the most interesting as this is where you will find large tanks housing reef sharks, various rays, as well as different schools of fishes. Artificial corals and sea turtles are also housed inside the tanks.

The Desert Zone on the other hand, showcases various desert animals including snakes, hedgehogs and caracals. Finally, at the Coastal Zone, you will see coastal fishes, penguins and otters.

At the Aquarium section, you are also given the opportunity to watch as the various sea creatures are being fed and also the rare opportunity of diving with the sharks.

The Discovery Place is an interactive zone where kids can learn more about the branches of science through hands – on activities while at the IMAX Theater, you can watch various 3D documentary and educational films.

The Dhow Harbour is situated just outside the center. It exhibits the only surviving sailing ship of the country during the pre – oil period. This gives you a glimpse of the country’s heritage.

The Scientific Center in Salmiya – Kuwait was created under the inspiration of Jaber Al – Ahmed Al – Jaber Al – Sabah. Its aim was to create a facility that will showcase the country’s progress in the modern world.

It was likewise created to give the public an insight on the leadership of the country in terms of protecting the natural environment within the Arab Peninsula.

There were several dates chosen to open the center to the public but time constraint prevented these pegged opening dates from actually happening. Finally, in the year 2000, on the 17th of April; the center was opened.

Tickets for the Scientific Center in Salmiya – Kuwait vary depending on which section of the center you will be visiting. Aquarium tickets cost 3 KD per adult and 2 KD for kids aged 3 to 13 years old.

The Scientific Center in Salmiya – Kuwait is open from Saturday to Wednesday starting at 9 in the morning up to 9:30 in the evening. Thursdays, it opens at the same time and closes at 10 in the evening.

Fridays, the center is open from 2 in the afternoon up to 10 in the evening.