The Sheikh Saeed Al Maktoum is another one of the historical houses turned museums in the United Arab Emirates. It is a national monument that is visited by thousands of people yearly. 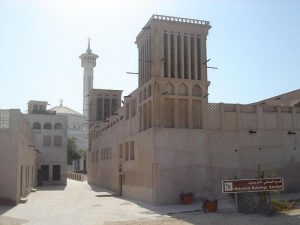 The monument can be found in Dubai.

The original structure was constructed in 1896 by the father of Sheikh Saeed. It was constructed so he could observe the shipping. The old home was destroyed and the new one put up. This building has balustrades of railings and wood lattice screens. The windows and doors are made of teak.

Some of the most beautiful sights at the Sheikh Saeed Al Maktoum are the gypsum ventilating screens. These have geometric and floral designs. Visitors may also check out the Marine Wing where several photos of boat building, pearling and fishing can be seen. There are also many stamps, coins, treaties and maps. You can also browse its collection of ancient historical letters.

The historical evidence shows that the seafaring people lived in the area in the 7th century. It was not long before the people accepted Islam. Some time later, the Carmathians sect gained control of Mecca and created a sheikdom.

After it conquered Mecca, the kingdom collapsed. The people turned to piracy. In the 19th century, the Sultanate of Muscat and Oman were threatened by these pirates. In 1853, the British created a truce.

The states became known as Trucial Coast. After the British departed from the Persian Gulf in 1971, the Trucial states combined to make a federation known as the United Arab Emirates.

A couple of the states, Bahrain and Oman, did not join in. The country would go on to be one of the economic powerhouses of the Middle East. It is one of the main allies of the United States, having entered into a military agreement in 1994.

The admission fee is 1 Dh for children and 2 Dh for adults.

The house has thirty rooms constructed around the central courtyard. There are wind towers. There are a couple of entrances to the building. There is one at the back of the edifice and the Creek. This was likely reserved for members of the family. You can also buy some stuff at the gift shop.

The Sheikh Saeed Al Maktoum is now the location of the Museum of Historical Photographs and Documents. You may also find the historical photos of Dubai interesting. These are mostly from the period 1948 to 1953.