The Shrine of Me?ugorje is one of the major religious pilgrimage sites in Bosnia. Since the apparitions of the Virgin Mary (or Our Lady, the Queen of Peace) appeared, devotees have been coming to the town on a regular basis. 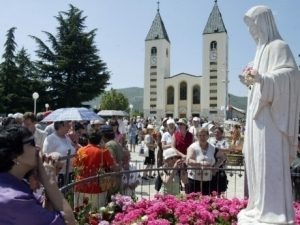 The town of Me?ugorje is 25 kilometers at the west of Mostar. This village is at the southern section of Herzegovina in Bosnia.

St. James Parish Church of Me?ugorje is the focal point of prayer for the local residents and the pilgrims. There is a Queen of Peace statue there, symbolic of the place. The statue is at the square fronting the church. Other interesting places in the Shrine of Me?ugorje include the Cross Mountain, Apparition Hill and the Adoration Chapel.

The apparitions began on June 24, 1981. Six children saw a woman appear with a child in her arms in a place that would be called Apparition Hill. She motioned them to come nearer but they were terrified and ran away.

The next day, four of the children and a couple of new ones returned to the site. The woman appeared again but without the child. They got on their knees and prayed the rosary. The lady prayed with them. It was on the third day she identified herself as the Blessed Virgin Mary.

Most of her messages centered on peace and why belief is important. As the apparitions continued, it began attracting large crowds. It did not take long before the news of the apparition began spreading throughout the world.

Apart from the messages about piece, the apparition also disclosed several “secrets” to the visionaries. Three of the visionaries who obtained secrets no longer get daily visions. But they still receive messages and visions on Christmas and their birthdays.

There are elements that make the Shrine of Me?ugorje phenomenon unique. Unlike others, the woman appeared to them regularly for over ten years. None of the visionaries became nuns or monks either.

Presently, the Roman Catholic Church has neither confirmed nor denied the validity of the apparitions. This is to be expected, as the Church usually takes several years when investigating these types of events. However, it has not stopped many people from coming to the site and praying. 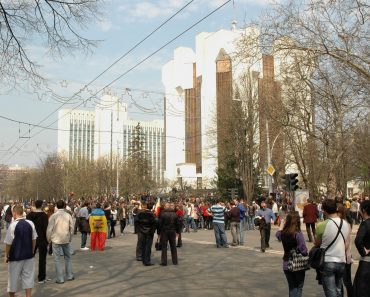