Snowdonia in North Wales – United Kingdom is a district as well as a national park in the country. It is one of the most widely-visited parks in these parts of Wales, welcoming more than six million guests each year. 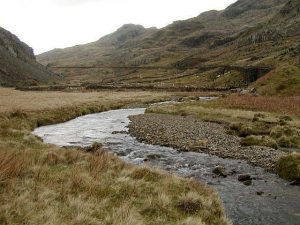 Snowdonia in North Wales – United Kingdom is located in the northernmost tip of the country, bordered by the county of Gwynedd and the county borough of Conwy.

You can reach Snowdonia in North Wales – United Kingdom via your own car hire service or public transportation. A drive to the national park is recommended however; as you can enjoy scenic views you will pass along the way at a more leisurely pace.

If you will be coming from Northern England or Scotland, you can take A55; from the Midlands as well as South of England, take A5; and from South of Wales, take A470.

If you will be flying in, the closest airports are located in Manchester as well as Birmingham.

From these points, you can take a train to North Wales and then to Snowdonia.

It is estimated that about five hundred thousand visitors climb the mountain every year.

There are several routes that you can take to climb up the mountain including one through Crib Goch arête. This is a rather challenging climb so beginners are advised against taking this route.

You can also kite-surf, ride your mountain bike through different trails and go white water rafting or canoeing.

If sightseeing is more of what you have in mind, there are castles that you can visit dating as far back as the twelfth and thirteenth centuries.

The name of the park is taken from the dominant mountain peak here which is Snowdon. The national park was founded in the year 1951, making it the 3rd national park to be established in Britain.

The park is divided into private and public ownership, with more than half of it privately owned.

There is no cost to enter the premises of Snowdonia in North Wales – United Kingdom.

Accommodations around Snowdonia in North Wales – United Kingdom, cost about 25 up to39 Pounds per person for hotel rooms; and 120 up to 350 Pounds for self-catering holiday rentals.