The tourist attractions at Southern Bohemia are numerous. From natural wonders to architectural marvels, there is bound to be something here for the tourist to enjoy. 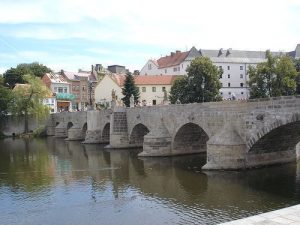 The region is at the southern portion of Bohemia. A small section is located in the southwest of Moravia. At the west are the regions of South Moravia, Vysocina, Central Bohemia and Plzen. Germany and Austria border it.

The region is well known for its traditional villages. These villages usually have a pond in the center. The villages have been built in the Rustic Baroque style. Typically the farmhouse has ornately designed frontispieces. The gate is arched with some trimmings. You will also see that they have ornate contours and lavish columns.

The tourist attractions at Southern Bohemia are known for their historical monuments. Visiting its cities like Ceske Budejovice, Tabor and Pisek will showcase its medieval monasteries and Renaissance castles.

The whole region is encompassed by Luznici, Veseli, Trebon and Ceske Budejovice. Other majestic peaks are the Blansky les and Novohradske hory. Jindrichuv Hradec is especially popular with tourists thanks to its ponds, high hills and granite blocks. You will see the Sumava Mountain slopes at Prachatice and Cesky Krumlov.

The highest peak in the area is the Plechy at Bohemian Forest. It is 1,378 meters (4,521 ft) high. The lowest elevation is the Orlik Dam at just 350 meters over sea level. Of the numerous ponds in the are, the biggest is Rozmberk at 489 hectares.

The Sumava National Park is situated in the area, as is the Bohemian Forest. Through the years, the popularity of this forest has grown. It is now considered one of the best hiking destinations in the site. The region encompasses an area over 10,000 sq km. This makes up nearly 13% of the whole Czech Republic. Its population is 630,000.

The tourist attractions at Southern Bohemia is famous for its pine forests too. When visiting the countryside, you will see well preserved houses and landmarks.