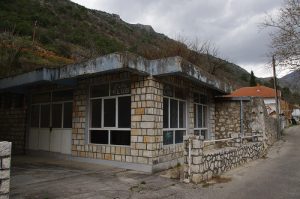 One of the reasons why many people are visiting Bosnia is to check out the tourist attractions at Stolac. Today, the country is experiencing a tourism boom, in no small part due to this town.

One of the most popular attractions here is the Badanj Cave. This can be found close to the town. The most interesting feature of the cave are the paintings. This have been dated around 12,000 – 16,000 BCE.

One of the most popular tourist attractions at Stolac is the Bregava River. This is situated near the town of Capljina. This passes Stolac. Another interesting site is Radimlja, a necropolis.

Tourists can also check out Vidoski, a city dating from the Middle Ages. The old hunting grounds proved attractive to ancient civilizations. The Slavs, Romans and Illyrians all settled at the area at one point and left ruins. The area was also heavily influenced by the major religions, which have also left marks on the site.

The archaeological evidence shows that the area has been inhabited as far back as 15,000 years ago. These are based on the markings at the Badanj Cave. Through the years, the site has produced several leaders, poets and artists.

Like other European cities and towns, the area suffered during World War II. 1,150 people were killed here. In 1993, some extremist groups burned the neighborhood of Begovina. There are now plans to have the whole area rebuilt.

A tour of the town and the attractions nearby will cost 380 pounds per person. There are tours costing a thousand dollars or more. These will include lodging, amenities and visits to other areas in the Balkans.

In terms of architecture, the town has been heavily influenced by the Middle Ages, the Ottoman period, the Illyrian-Roman period and the Austro-Hungarian era.

The tourist attractions at Stolac have contributed immensely to the popularity of Bosnia as a vacation destination. If you are tired of the usual destinations, this is a good place to visit.