Stonehenge in Amesbury is the most famous ancient structure in the United Kingdom. Filled with mystery and enchantment, it is one of the biggest tourist draws in Europe. 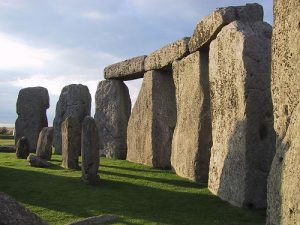 The stone monument can be found at Salisbury Plain at Wilitshire, England. If driving a car, go to M3 and A303 heading to Amesbury. When you reach the A303 Countess roundabout, keep going west until you reach the stone monuments. If you prefer to travel by train, go to Salisbury or Andover. You can get there via London Waterloo. Get a bus to the site from there.

The Winterbourne Stoke Barrows can be found a kilometer and half from the monuments. The Barrows is composed of different types of burial mounds. The King Barrows Ridge is known for its vistas of the stone monuments.

Archaeological evidence shows the area around the Stonehenge in Amesbury has been settled in since 8000 BC. According to archaeologists, construction of the monuments began 3000 BC. The consensus among scholars is the monument was finished in 1600 BC.

There are many kinds of tours available. A morning or afternoon tour starts at 29 Pounds. If London sights are included, it will cost about 50 Pounds per adult. Tours that include Windsor and Oxford cost around 75 Pounds. There are also tours that include Glastonbury and Stratford. Note that the costs are for a single adult.

When you get to the monuments, you have to pay a fee of 7.50 pounds for adults and 4.50 for kids. This may be covered by the tour package you bought however.

The Durrington Walls can be found to Woodhenges north. It used to be a Neolithic Village. The walls are the remnants of some earthworks. Some of them have a diameter of five hundred inches.

If you visit Stonehenge in Amesbury around the summer solstice (June 21) or winter solstice (December 21, 22 or 23) you can join the neo-pagans that meet there. You will get the chance to see the monuments up close. You can also try visiting during the autumn or spring equinox.