For many people, a trip to Stonehenge is the adventure of a lifetime. A UNESCO World Heritage Site, it is one of the greatest wonders of the ancient world.

The stones are located in Salisbury Plain in Wiltshire. There are many ways to reach the site. From London, take the A303 and M3 to Amesbury. When you reach the A303 Countess roundabout, go west. You
will reach the UNESCO site.

The best stations are Salisbury and Andover. This can be accessed via the London Waterloo. You can get a bus from there.

The Wilts & Dorset Stonehenge Tour bus is the only bus that can take you direct to the site. It operates at Salisbury. If there are three people with you, you can ask one of the cab drivers to 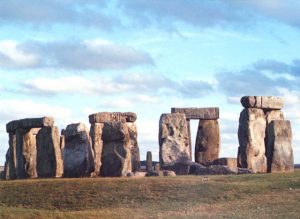 take you to the site. You’ll have to negotiate for the price.

From the main car park you will see the stones. You cannot get in the stone circles, but it is possible to walk around them. Attendants will guide you. There is also an audio guide available. To walk along the stones, you have to arrange evening or early morning visits with your travel tour provider.

Just north of the stones are the Cursus, an earthwork 3 km long. This ditch bank goes from east to west. The Avenue connects the Avon River to the monuments. The Winterbourne Stoke Barrows, which consists of various burial grounds, is also worth checking out on a trip to Stonehenge.

Scholars believe that the construction of the stones began in 3000 BC. The work was completed around 1600 BC. Based on the existing evidence, the relics in the area were probably built around the same time. However, not all researchers agree with these assertions.

The purpose of the stones is also unknown. Many researchers believe it was built for religious purposes. Others think it was a burial ground. There are also some who think it was used to mark the solstices and equinoxes.

The cost is 6.60 Pounds for adults and 3.30 Pounds for children. The Wilts & Dorset tour bus costs 11 Pounds per person. However, tour providers will offer tickets at varying prices.

These tour providers will usually include visits to the other tourist attractions nearby. Students who go on a trip to Stonehenge may also get discounts from these packages. Seniors are also charged less. Children 4 years old and below may be excluded from the charge.