Storsjon in Jamtland is one of the most beautiful lakes in Sweden. Apart from the scenery, the lake is also known for its legendary creature. 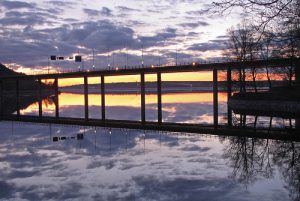 The lake can be found in central Jamtland at Indalsalven. It is one of the biggest lakes in Europe.

Those who visit the lake describe it as an oasis, enveloped by mountains on its western side. The waters of the lake are clear, and the colors change from purple, yellow and blue. The lake is also a popular destination for fishing aficionados.

It is also a popular recreation site. The area is also famous for the Storsjobygden, a cultural district. There are many interesting sites around the area, with the Hackas church being one of them.

The lake was formed around 10,000 years ago when the ice sheet melted. There are numerous theories regarding the way the lake was formed. One theory is that the lake came from a river that turned into the lake.

During the 1700s, the water was used by the sawmills and mills nearby. A dam was constructed during the 1930s to help manage the water. The original name of the lake is unclear however.

The Storsjon in Jamtland spans an area measuring 464 square kilometers. The average depth has been measured at 17 m. The deepest point is 74 meters. The lake bottom is characterized by numerous peaks and depressions.

There are 75 degree slopes. The temperature can reach as high as 12 to 18 C around July. At the bottom, it is around 4 C. The area is also known for the strong winds that blow over it.

According to legend, there is an unknown creature living in the lake. Called Storsjoodjuret, the creature is said to have a serpent-like body. Eyewitness reports say that it has several humps. The head is canine or feline like. The skin is believed to be gray.

Sightings of the creature continue in Storsjon in Jamtland. Some reports say the creature has a short body and is very fat. This legend is definitely one of the reasons why many people visit the lake.