The Subterranean River National Park in Palawan – Philippines is a UNESCO World Heritage Site and is renowned for its majestic limestone karst landscape and over eight kilometers of underground river that visitors can explore and discover.

The river winds throughout the cave upon which the water goes directly to the South China Sea.

The Subterranean River National Park is situated about fifty kilometers off the northern parts of Puerto Princesa, the capital city of Palawan. It is located within the Saint Paul Mountain Range.

Getting to the national park is quite easy and straightforward. From Puerto Princesa, you can reach the park traveling via road or sea.

The most convenient and easiest way is to book a day tour that will take you to the park and through the caves that feature the underground river.

On the other hand, if you wish to travel on your own, there are buses and jeepneys that you can take. Take public transports that ply the Puerto-Roxas route which will take you to the town of Sabang. The ride will take about two up to three hours.

From Sabang, there are boats that will take you to the river. Once there, you will be given boat assignments which will then take you on a tour of the national park, including the caves and underground river.

Bus and jeepney fares for the Puerto-Roxas route into Sabang is around two to three hundred pesos while boat rides to the river, round trip, are about seven hundred pesos. 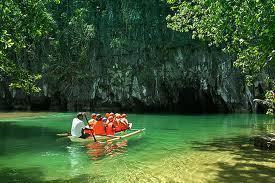 The Subterranean River National Park holds some of the most important forests found in the Asian region. Out of 13 types of forests in Asia, the national park has eight of them.

One hundred and sixty-five bird species also make these forests their home, including fifteen bird species endemic to Palawan.

Within the underground river, there are also beautiful formations of stalactites and stalagmites.

With its location within the Saint Paul Mountain Range, the national park is also commonly referred to as St. Paul’s Subterranean River National Park.

Because of its mountain-to-sea ecosystem, the local government of Palawan decided to manage the national park beginning in the year 1992.

Apart from the mentioned transport fares going to Sabang and then to the river itself, there is an entry fee of two hundred pesos. Visitors are required to get a permit to visit the park from the Tourist Information and Assistance Center located in Sabang.

This site was listed as a UNESCO World Heritage Site in 1999. 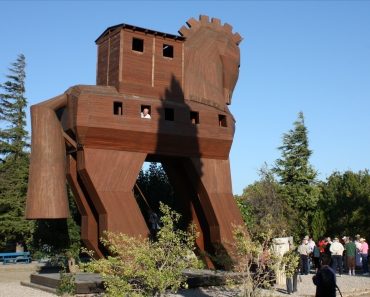