Sunderbans in West Bengal – India is the biggest national park in the entire country. It is also a tiger reserve, which is one of the big reasons why people visit the place. Those who are interested in visiting the place will have to travel from Kolkata to Sunderban. The trip will be a bit rough, which is actually a good introduction to the safari later on. 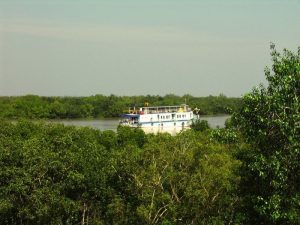 After arriving from the airport, visitors will have to go to Deshapriya Park and Science City in Kolkata. A tour bus will be waiting there to take visitors. Tourists will then get off at Sonakhali and board a boat and take a river cruise to Sunderbans in West Bengal – India. This is the more scenic part of the trip to the tiger reserve and national park.

Sunderbans is a national park and wildlife reserve, which makes it a huge thrill for anyone interested in this field. Other than that, it is also a UNESCO World Heritage Site, which makes it a symbol of national pride. People usually visit the place in order to take part in the safari and observe the tigers roaming freely in their natural habitat.

The star of the wildlife reserve is the Royal Bengal Tiger. However, it is also home to more than 200 species of tigers. Tourists usually find them taking a dip in the saline waters, hunting for their prey, or just lounging around just like what most of the other big cats do. As a bit of a warning, these tigers are wild and quite fierce. Guests to the reserve should strictly follow all safety regulations.

Other than the tigers, there are also a lot of saltwater crocodiles in the marsh areas of the reserve. The estuaries covered by the reserve is also full of bull sharks, thus the park rules strictly forbid any form of swimming. The other animals that call this place home include a variety of snakes, spotted deer, and different species of primates.

Sunderbans in West Bengal – India is actually the biggest mangrove belt on earth. It was made into a wildlife sanctuary since 1966. The name of this wildlife reserve is taken from the vast amount of Sundari trees that are endemic to the area.

There are various tour packages that one can opt for. The cost one pays will definitely depend on which safari tour package one chooses. The tour price will range from 1,500 to 2,500 rupees. The said fees will cover both travel and accommodations, which usually include two days and one night stay in lodgings of your choice.

The best time to visit Sunderbans in West Bengal – India is within the months of June to September or the monsoon season. The place is truly spectacular during this time of the year. The park tends to be cold during October to February and the place may prove to be too hot during the summer months of March to May. 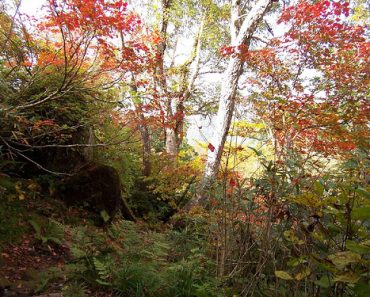