Kuwait is divided into several cities and each one provides tourists with sights and activities that make for a memorable holiday here. Museums and mosques are among the most popular tourist hotspots in the country particularly for those interested to learn more about the country’s heritage.

The Tareq Rajab Museum – Kuwait is an ethnographic museum in the country that is very popular among tourists especially those who are traveling to the country for the first time. 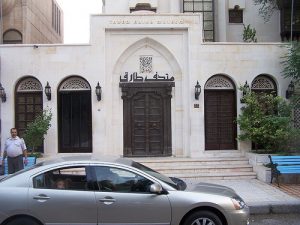 The Tareq Rajab Museum – Kuwait is located at Area 12, Street 5, Jabria in the Hawalli Governorate. It is close to the intersection of the Fifth Ring Motorway and Fahaheel Expressway.

To reach Tareq Rajab Museum – Kuwait, you can take a bus or taxi. Taxis are easier as they can stop right at the entrance to the museum. If you will be taking the bus, you will have to walk a little bit from the stop to get to the museum.

Take bus number 102 or 502 and get off at the Hadi Clinic. From here, walk towards the southern direction on the Fahaheel Expressway and then make a right turn just before reaching the Iranian School.

Walk a bit further along – about fifty meters or so – and then you will reach the entrance to the museum.

The Tareq Rajab Museum – Kuwait has a collection of more than 30,000 various historical relics amassed within a period of about 50 years. The museum has permanent exhibitions which displays approximately 10,000 items.

It is sub – divided into two general categories simply called Area A and Area B. Within Area A, you can view various exhibits on Arab calligraphy, ceramics, and metalwork, various items made of glass, plus jade carvings, wood carvings and stone carvings. Historical manuscripts are likewise on display here.

Within Area B, you can view various exhibits depicting the Islamic way of life that dates as far back as two hundred and fifty years ago.

These items include traditional costumes, local fabrics with intricate designs, accessories such as jewelries and a good number of traditional musical instruments.

The Tareq Rajab Museum – Kuwait was initiated by Tareq Sayed Rajab and his wife, Jehan Wellborne whom he met while studying in the United Kingdom. What started out as a private collection of various Muslim artifacts eventually led to the establishment of the museum.

The museum was officially opened for public visits some time in the year 1980. During the Iraqi Invasion in 1990, the museum’s collections were hurriedly stowed away in boxes and kept hidden in one area of the museum.

The doors were bolted and the museum kept the foreign invaders at bay as best they can. Fortunately, none of the items were found and so they remain as complete as they were when the museum first opened.

Entry fee into the Tareq Rajab Museum – Kuwait is 2 KD per adult. Kids and students get free admission.

The Tareq Rajab Museum – Kuwait is open daily from 9 in the morning up to 12 noon; and then again from four in the afternoon up to 7 in the evening. On Fridays, the museum does not have an afternoon schedule.