The Tatacoa Desert in Huila is one of Colombia’s most beautiful natural landscapes. The site is also known as the “Valley of Sadness”. Despite the name, it isn’t actually a desert; it is more like a tropical forest.

The site can be found to the north of Huila Department. It is 38 km off Neiva city. It is ten miles from Natagaima. You can get there via a half hour flight from Bogota to Neiva. If traveling by land from Bogota to Neiva, the journey will last five hours.

Erosion is quite prevalent. The landscape is notable for its two colors: gray at Los Hoyos, while at Cuzco it is ocher. Due to the temperature and humidity, little plant life and vegetation can be seen. However, it is possible to spot some rattlesnakes, rodents, ocelots and lizards. Scorpions, eagles, spiders and some turtles can be seen.

In spite of the conditions, the place is still frequented by a lot of people. Aside from gazing at the stars, many tourists also enjoy the tranquility the site offers. Due to its location, it can be the perfect place to just get away from it all. 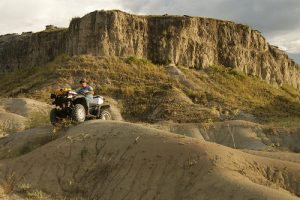 There are also eco-treks that take place around Los Hoyos and El Cuzco. It is also possible to visit the Paleontological Museum and Villavieja municipality which are nearby.

During the Tertiary Period, the Tatacoa Desert in Huila was filled with thousands of plants and flowers. Eventually the place dried up. Testament to its rich past is the great numbers of fossils that continue to be unearthed in it.

The whole area measures 330 square kilometers. Scientists are not sure how long the canyons have been forming during the winter. But they do appear on surfaces of clay. The results are complex gullies.

There is no admission fee to the park. A tour guide will cost $15.

During the rainy season, canyons develop. These can go down as deep as 20 meters. The average temperature is 28 C. But during warm days it can reach 40 C.

The Tatacoa Desert in Huila is also known as an astronomical observation point. Its location – latitude 3 degrees 13′ north and longitude 75 degrees 10′ west – lets you see up to 88 constellations. As such, it is frequented by astronomers, both professional and amateur. 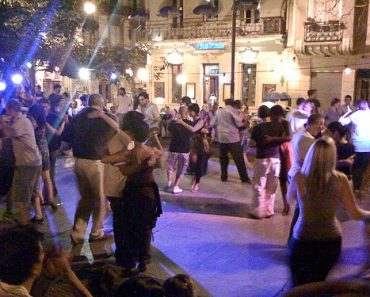