Moldova Taul Park is the largest park in the country. Moldova is known for its many parks, but this is the most elaborate.

The park is located in Taul village, which is 200 km to the north of Chisinau. Although it is far from the capital, public transportation can take you there.

The park is well known for its flora. Trees of different types can be found all over the area. There are more than 150 variants of shrubs, trees and climbers. 100 of these are of the exotic variety.

The design is such that consecutive levels exist by the path. They all point to a lake. During its early years, the park became the home of various endangered animals. Today, ducks, swans and roes can be seen all over the park.

Visitors to the site will enjoy the trees and the cool atmosphere around the park. It is also a good place to relax and just watch the clear blue skies. 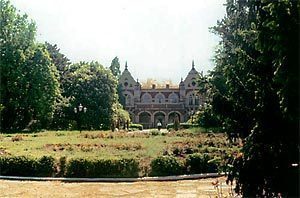 The Moldova Taul Park was created by Vladislavschi Padalco, a well known architect. During its early period, the park was built at Ivan Pommer’s Bessarabian estate. The park surrounded the Pommers family mansion at the onset of the 20th century.

The time before the Moldovan declaration of independence was quite difficult for the country. But since that time, tourism has started to pick up. As the park continues to draw in more visitors, new features are being added to the site on a regular basis.

There is no entrance fee to the park. But you have to pay for the taxi or whatever vehicle you used to get there. Due to the distance involved, paying for a taxi may prove very expensive.

If you are coming from the capital, renting a car might be the cheaper option. But if you are in Moldova via a tour operator, the transport cost will be taken care of.

The park used to be in two parts. There was the Pommers’ country level seat. It has a network of paths filled with flowers. The other part is the lower level. These consist of trees resembling a forest with different types of trees and shrubs.

Visitors to the Moldova Taul Park will not just enjoy the scenery. There are also 12.5 km of trails and paths in the park.