Taxila in Punjab – Pakistan is an ancient city in the country inscribed as a UNESCO World Heritage Site. The ruins of the ancient city as well as the city museum are only some of the best tourist attractions here. 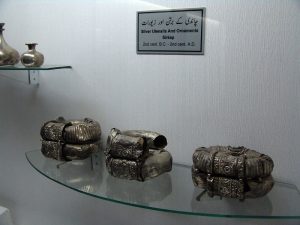 Taxila in Punjab – Pakistan is situated some thirty-two kilometers off the northern section of the country’s capital city of Islamabad.

There are several airports within Pakistan that have international flights. Travelers however often prefer to fly in via the Islamabad International Airport. From the airport, you can take a taxi or a car hire service to reach Taxila in Punjab – Pakistan.

From Islamabad, the Grand Trunk Road is the main thoroughfare that will link you to Punjab. For travelers coming in from China, there is also a major road that links to Punjab; the Karakoram Highway.

Visiting Taxila in Punjab – Pakistan, travelers often head off first to the ruins of the ancient city. The ancient ruins are basically sub-categorized into different cities, with each one having its distinct flavor offering visitors various ruins dating to specific periods.

Finally, the last city of ruins is Sirsukh believed to be in its prime during the Kushan period, around the 1st and 2nd centuries AD.

The ruins to see within the ancient cities are Buddhist monasteries as well as stupas.

Other points of interest are the Museum of Taxila which exhibits relics from the Gandhara civilization; and the Mughal Gardens.

The city traces back its roots to the prime of the Gandharan civilization in the city of Takshashila. It served as an essential religious and learning centre for Hindus, Vedics and Buddhists.

It is believed that a king who reigned over Taksha Handa founded the ancient city. In the Mahabharata, Takshashila which is now known as Taxila, was mentioned several times particularly as being the site where Paiksi, the Kuru heir was crowned.

There are motels around Taxila in Punjab – Pakistan, specifically within close proximity to the Taxila Museum. Accommodations range from 700 to 800 rupees.

You may have to pay an extra charge of about 300 rupees if you want an air-conditioned room with a TV installed as well.

Tea is the most popular beverage in the country. Black and green tea beverages are usually taken with large amounts of sugar. A popular tea beverage here is also the Kashmiri chai which is tea with milk and almonds.