Tebessa in Algeria is best known for their carpets, which are among the finest in the world. But there are other attractions in the city that visitors will enjoy.

It is the capital city of the province bearing the same name. It is located 20 km from the country’s western border with Tunisia. The city is linked to other areas to the country by rail and road.

There are numerous attractions in and around the city. One of the most interesting is the Roman triumphal arch. This one dates back to 214 AD. What is popularly known as “Solomon’s Walls”are Byzantine walls dating from the 6th century. These are surrounded by 13 towers that are square in shape.

The ruins of the basilica of St. Crispinus (4th century AD) is one of the largest in the African continent. Tebessa in Algeria also has gardens, catacombs, baptism urns and chapels. There is also an amphitheatre. It has been dated from the 4th century.

The city began as a town. In the 7th century BC it was turned into a Carthage outpost. By the year 146, it was absorbed into the Roman Empire. It was called Theveste. In the 1st century, the Legio III Augusta stayed in the site prior to the transfer to Lambaesis. Under Trajan, it became a colonia.

Records show that a council was conducted there by the Donatists. The city had several saints. One of them was St Lucius. He used to be their bishop. In the year 256 he took part in the Carthage Council. Two years later he died a martyr. Its other saints include St Maximilianus, St Crispina and Romulus.

The cost will hinge on what mode of transport you use to get there. Bus fares start at $6. Flight costs will vary depending on where you come from. But it is possible to book cheap flights online.
Other Info

Not far from the city is a phosphate mine. You will spot it as you make your way to the city. You can also visit the local archaeological museum for facts about the place.

If you have never been to Tebessa in Algeria, it is not that difficult to reach. A visit to the city will show that there is indeed more to it than just the lovely carpets. 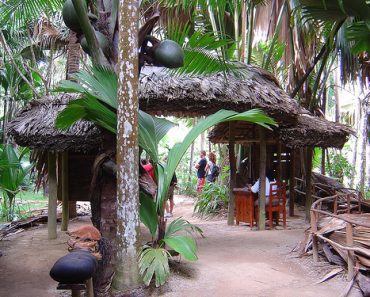