The City of Durres – Albania is located in the central sections of the country, along the Adriatic Sea coast. It is approximately 33 kilometers or about 21 miles off the western section of Tirana, Albania’s capital city.

To get to the City of Durres – Albania, you can fly in via the airport in Tirana since there are no airports in the city. From the airport, you can get a bus or train ride that will take you straight to Durres.

You can also get ferry rides from the ports in Italy, if you will be coming from these areas. 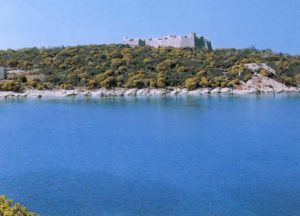 Travelers visiting the City of Durres – Albania, almost always head straight out to the beaches here as Durres is a popular beach holiday destination. You can find here the largest beach in the country, the Durres Beach.

Within the vicinity of the beach are several hotels, resorts, restaurants and pubs giving you a wide variety of options for additional entertainment while holidaying in the City of Durres – Albania.

There are likewise a good number of magnificent structures that you can visit in town. The most noteworthy of these structures is the Roman Amphitheatre which used to hold gladiator games back in the 117 up to 78 BC.

Another interesting sight is an old fortress which was built some time in 600 AD.

For ancient artifacts, head to the Archeological Museum.

The City of Durres – Albania is one of the oldest cities not only in the country but also in all of Europe. It was established some time in 627 BC by Ancient Greece.

Claims to the city between the colonies from Corinth and Corcyra started the Peloponnesian War which occurred some time in 431 BC.

The city also came under Roman and Byzantine sovereignty between the years 229 BC until the ninth century.

From this point on, the City of Durres – Albania was passed on from one foreign ruler to the next until was restored to Albanian rule in the year 1918.

To visit the Roman Amphitheater, you will have to pay an entry fee of two hundred lek.

For accommodations during your holiday in the City of Durres – Albania, you can find several hotels in the area. Costs are generally around €60 per person, per night for standard rooms; while luxury suites cost about €80 up to €100.